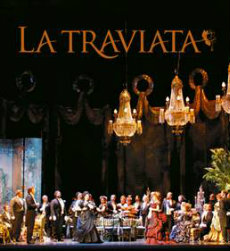 High on the list of The Guardian’s Top 50 Operas and one of Verdi’s most performed works, La traviata has everything you could ever want from an opera – passionate love, noble sacrifice, and untimely death.

The wildly popular, critically-acclaimed production by director-designer team Bliss Hebert and Allen Charles Klein returns to Miami, opening on April 20th at the Adrienne Arsht Center for the Performing Arts of Miami-Dade County. Bringing this opulent creation to life on stage is a stellar double cast of young stars, headlined by Mexican soprano María Alejandres and American soprano Suzanne Vinnik as Violetta.

Tickets start as low as $11 and can be purchased from the Florida Grand Opera Box Office by calling 800.741.1010 or visiting www.FGO.org.