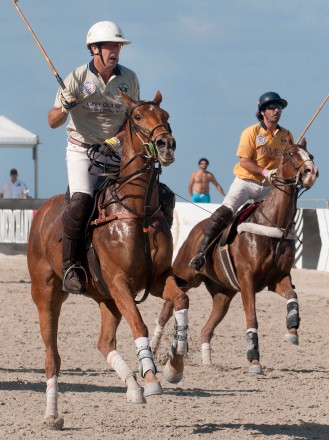 The ninth annual La Martina Miami Beach Polo World Cup, the world’s largest and most prestigious Beach Polo competition, began the first day of the men’s tournament on Friday, as six teams took to the sands of South Beach for a day of gallant showmanship in front of a capacity crowd.

A shoot-down, drawn-out battle between the team from The Raleigh and the team from Small Luxury Hotels of the World™ resulted in a 14-13 win for The Raleigh with Juan Monteverde and John Gobin combining efforts for nine goals.  SLH 9-goaler, Kris Kampsen, scored seven times during his team’s loss. 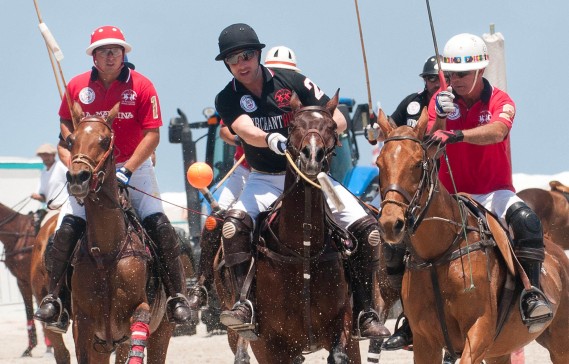 Play continues on Saturday on Miami Beach, between 20th and 22nd Streets, with a 1:00pm match-up between The Raleigh and The James Royal Palm Hotel/Jet Blue.  Due to the tournament draw, La Martina will meet Merchant Hub again at 2:00pm followed by a 3:00pm match between Grey Goose and SLH.