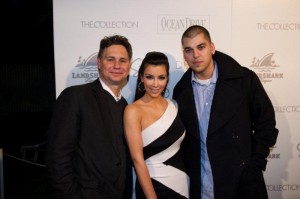 Launched by Jason Binn in 1993, Ocean Drive magazine, the premiere go-to lifestyle publication celebrating South Florida’s  arts, business, culture, dining, entertainment, and fashion, is pulled out all the stops for the high

Kardashian with her brother Robert Kardashian, Niche Media’s CEO and Founder Jason Binn, along with South Florida’s tastemakers and power players celebrated in style as they sipped on specialty libations courtesy of Stoli, Xante, and Land Shark Lager. Guests previewed the new, rede 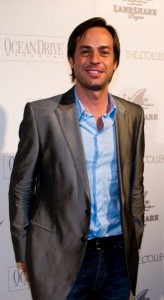 signed, 2010 911 Turbo Cabriolet courtesy of The COLLECTION. At the end of the evening, guests also indulged in a custom Stella Sweet Shoppe cupcake cake as Kardashian joins Binn in blowing out the candles for both Ocean Drive magazine’s 17th Anniversary and Binn’s own birthday, which falls on January 17th.