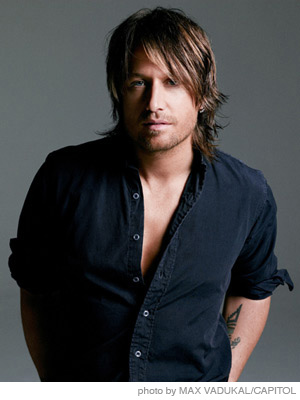 Keith Urban is the country version of Bon Jovi. He is charismatic, talented, rocker-hot, and now he is a reason to watch American Idol. The Australian country star, an idol in his own right, is judging American Idol this season along with Mariah Carey, Nicki Minaj, and Randy Jackson.

While America is holding its breath to see who will be the next idol and there is already speculation as to who will win the crowning glory of being called the next American Idol, on February 20, 2013 Keith Urban took a break to talk about how he views his role on the show, his fellow judges, and how he maintains balance despite being a star.

The contestants are always the centerpiece of idol, however the real story is the impact the judges are having on the turn-out of stellar performers on the show this season. While Urban is too modest to comment that his presence is having on the contestants; he is the first to point out the impact his fellow judges are having on the aspiring artists on the show. “[Mariah] is a global vocal powerhouse and any girl, I think, would love the opportunity to sing for Mariah and get feedback from her and get direction from her. I think it’s been a real plus for the show to have somebody like her on the panel.”

In his current role on American Idol, Keith Urban is a judge. However, when you hear the way he talks about the contestants it is clear that he is aware of the impact he is having on the lives of the aspiring musicians and takes it quite seriously. Rather than spouting cutting and witty comments at the expense of young Idol performers who have bravely come forward to pursue their dreams in the exposing light of reality television, Urban comes across as more of a mentor. This being said, when Urban was questioned about formally stepping into this role, he took a step back.

Urban stated, “I absolutely think it would be interesting [to take on a mentoring role]. That’s certainly something I would enjoy. It’s a mixed blessing in some ways why I like it because I would like it from the standpoint of it not being recorded. That would kind of defeat the whole point of doing a TV show, but I love that mentoring dynamic…There are so many questions young artists have and I think there are just a lot of learning curves we can help them not have to go through. I would say this, without keeping them from their own journey. Everyone’s got to make his or her own mistakes too… I do think there are certain habits and things that young performers do because of their age, because of adrenaline, because of their inexperience, that you can actually be of help to them, but I would want to do it in a more quiet way.” Urban further explained that the mentoring role would be difficult to have in a reality TV format because, “…it’s a very dangerous thing when [advice] gets to cerebral. I think it’s just a quiet thing from one artist to another to help them and the audience shouldn’t know anything about that.”

Perhaps Urban is able to balance his role as a judge and his desire to be a mentor as a result of his previous experience working with performing artists on Australia’s The Voice, a show that focuses primarily on the development of artist’s vocal talents. Also, the fact that Urban himself is a working artist who must actively work at maintaining balance in his life probably gives him insight into the struggles that the contestants might be facing themselves. According to Urban, “It’s a huge honor that I get to do all of it. That includes being a husband and a father. I feel immensely grateful that I get to do all of these things. I think like a lot of the times it looks exponentially more—it just looks more from the outside. I think the way it actually works from day to day is navigated a lot more peacefully than I think it would probably appear on the outside. That’s not every day certainly, but most days it’s balanced pretty well. I have an extraordinary team around me because it really does take a village. I’m certainly not doing everything on my own. I just have tremendous thanks for all the help I have to make all of this happen. And I have an extraordinary wife in Nic who’s an amazing mother. She just does a beautiful job of helping keep it all in balance.”

Despite the important role Keith Urban plays in the role of the lives of the contestants, he is modest and sincere when discussing the show. This aside, it is clear that Urban has made an impact on the show’s continuing success.