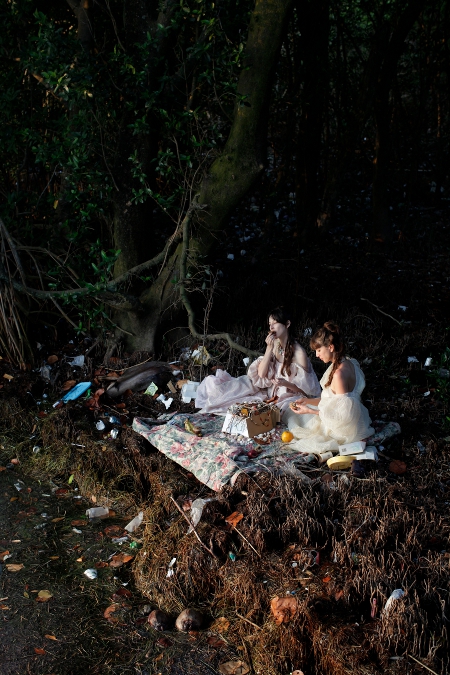 Journey through Memories and Fantasies at Vizcaya

South Florida native Naomi Fisher weaves her lifelong memories of Vizcaya within a fictional narrative to create Jungle Sweat, Roseate, a video piece and installation on view throughout the Main House. Fisher’s ongoing exploration of nature and our desire to tame it comes into focus at Vizcaya, where the imposition of formal architecture on a native landscape presents striking contrasts. The work features a female character who stumbles upon Vizcaya from the depths of the mangroves, covered in the residue of nature. Fisher tells the fantastical story of the woman’s experiences in this new environment and her struggles to dethrone the “civilized” Lady of the House.

Naomi Fisher is an artist whose practice encompasses live performance, photography, painting and works on paper. Fisher has exhibited nationally and internationally and is a recipient of a 2008 Knight Arts Challenge Grant from the John S. & James L. Knight Foundation. She co-founded and jointly directs the Bas Fisher Invitational, an artist-run space in Miami.

The Contemporary Arts Project (CAP) reinvigorates Vizcaya with the creative dialogue that characterized its foundation, engaging artists whose practice establishes a discourse or a critique with the physical and cultural contexts of the place. In addition to Naomi Fisher’s project, Vizcaya has commissioned site-specific work from Ernesto Oroza, Francesco Simeti and Josiah McElheny throughout 2011 and 2012.