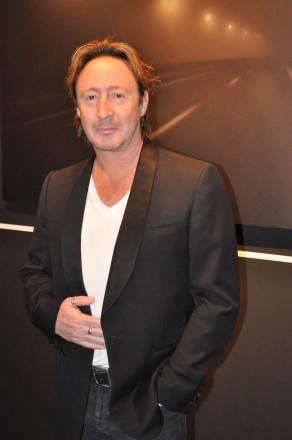 Julian Lennon’s Timeless Exhibition in Miami during Art Basel 2011 was above the clouds like the lyrics from The Beatles “Lucy in the Sky with Diamonds” suggests, “Climb in the back with your head in the clouds…and you are gone.”

Julian is prominently known as the son of the beloved Beatles member, John Lennon. He is first an accomplished musician and through exploration, he became a photographer. When Julian was only a boy, he had a fondness for the arts, like the drawings and paintings he did while in school. His passion at that time seemed to have inspired “Lucy in the Sky with Diamonds,” one of the Beatles most popular hit from the 1967 Sgt. Pepper’s Lonely Hearts Club Band album.

In 2010 after consistent reinforcement from his friends, Julian debut his Timeless: Photography Exhibition in New York, and his inaugural Art Basel showing under the direction and encouragement of his friend and photographer, Timothy White.

Presented at the Adrienne Arsht Performing Center during Art Basel, we had an opportunity to get a glimpse of his 5 days showcase featuring a portfolio of 30 pieces of hand-signed portraits and landscape photography. Among the presentation were close-up and intimate shots of his celebrity friends U2 and Kate Hudson.

Before Julian entered the room, the overall mood was mellow and dreamy. A high percentage of his work featured images within or above the clouds reflecting a sense of peace and calmness, as he later described the process in capturing those images. During his travels, he became fascinated with the air space and the imagination it evokes 10,000 ft and above.

When Julian entered the room, he was welcomed like a rock star. After all, he is the son of one of the most accomplished musicians who has earned a Grammy nod for his 1984 debut album Valotte with hits like “Too Late for Goodbye.” He later went on to produce 5 more albums which include The Secret Value of Day Dreaming, Rock Tracks, Help Yourself with collaboration from George Harrison; Salt Water and his latest album, Everything Changes which was released in 2011.

Julian’s music career was encouraged from an early age by his dad, who gifted him with a Gibson Les Paint guitar and a drum appearance on the album Walls and Bridges. The star’s music may seem like a shadow of his father’s illustrious career, however, transferring his hobby of photography into a work of art is clearly a distant departure which also shows his creativity. “This is my own thing,” he says.

Music has always been a creative outlet for Julian, but adding photography has allowed him to express his creative soul, telling personal stories and giving us a view through his lens.