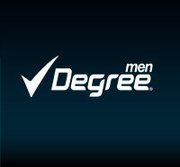 To support the new anti-perspirant, Degree Men is giving NASCAR fans a sneak peek inside the adrenaline-fueled racing life of Juan Pablo Montoya and his Earnhardt Ganassi teammates through a new video series available at Facebook.com/DegreeMen. Videos will give fans the inside line on Earnhardt Ganassi Racing (EGR), highlighting how Juan Pablo and his team keep their cool and stay dry under pressure.

Select videos in the series will be available to fans through the first-ever QR (quick response) code placed on a NASCAR race car. Appearing for the first time at the Coke Zero 400 at Daytona International Speedway on July 2, fans can use their mobile device to capture a photo of the QR Code located on the driver’s side rear quarter panel on the No. 42 Target Chevrolet. The code will remain a permanent part of Montoya’s paint-scheme for the remainder of the 2011 Sprint Cup season, with new team videos rolling out throughout the remainder of the season. Fans can also receive a code to unlock these exclusive videos by purchasing the special edition Degree Men® V12™ featuring Juan Pablo Montoya at Target.

Fans can also enter for the chance to win a VIP race experience with the Earnhardt Ganassi Racing team and meet Juan Pablo Montoya when he hits the track at Sylvania 300 at New Hampshire Motor Speedway on Sept. 25, where Degree Men will field a V12 inspired paint scheme on Montoya’s No. 42

Degree Men will also take to the track in the NASCAR Nationwide Series races at Nashville, Bristol and Kansas, where standout driver Aric Almirola will pilot the No. 88 Degree Men Chevrolet.