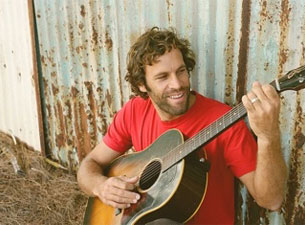 Hawaiian-born singer-songwriter Jack Johnson will release his new album, entitled To The Sea, on June 1st, 2010, on his own label, Brushfire Records. The first single from the album, “You And Your Heart,” will be released to radio in early April.

To The Sea, Johnson’s fifth studio release, was co-produced by Johnson, his bandmates bassist Merlo Podlewski, keyboardist Zach Gill, and drummer Adam Topol, and Johnson’s longtime engineer Robert Carranza. To The Sea was recorded at Johnson’s two solar-powered studios: The Mango Tree in Hawaii and the Solar Powered Plastic Plant in Los Angeles. Johnson has sold more than 18 million albums worldwide and over 9 million in the United States alone.  His last album, Sleep Through The Static debuted at #1 and remained there for 3 weeks.

Johnson, who will embark on a world tour in support of To The Sea, has announced dates for his upcoming summer tour in the US, which begins July 9th in Hartford CT and ends on the West Coast with two nights at the Santa Barbara Bowl on October 13th and 14th. Highlights include stops at Madison Square Garden, Jack’s first headline appearance at the Hollywood Bowl, and two nights at the Greek Theatre in Berkeley. Tickets will go on sale to the public on April 10th. Visit www.jackjohnsonmusic.com for news and details about special ticket pre-sales.

For Johnson’s To The Sea tour, his production team, with the support of Reverb and MusicMatters, will continue to pave the way in green touring practices and community engagement. Greening actions include fueling tour vehicles with sustainable biodiesel, offering eco-friendly tour merchandise, and promoting ride share programs.  In addition, venues and fans are encouraged to reduce waste, recycle, use water refill stations and offset carbon emissions. Visit www.jackjohnsonmusic.com/greening for all tour greening details.

Johnson’s tour will also collaborate with over 150 hand-chosen community groups around the world as part of Johnson’s All At Once Community. This year’s All At Once campaign will focus on supporting non-profit groups and engaging fans in the realms of plastic waste reduction and sustainable local food systems. As in 2008, Jack Johnson will donate 100% of his tour profits to charity.  Visit www.AllAtOnce.org for additional information.