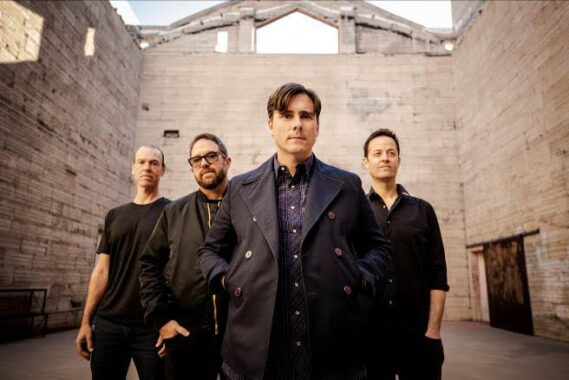 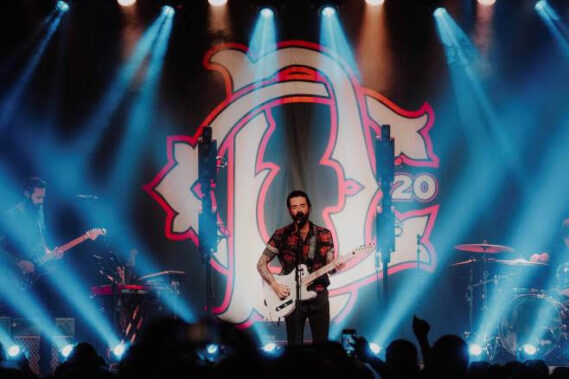 Jimmy Eat World and Dashboard Confessional will be bringing their “Surviving the Truth Tour” to Live at Coco, the outdoor concert venue at Seminole Casino Coconut Creek, on Friday, March 18, at 6 p.m.

The group’s commercial breakthrough came with the release of several singles from their album Bleed American with “The Middle” reaching No. 1. Their follow-up album, Futures, featured the No. 1 song “Pain.” The band released their 10th album, Surviving, in October 2019.

Dashboard Confessional’s ninth studio album, All The Truth That I Can Tell, is both a remarkable renewal and fortunate step forward for the band’s songwriter, front man, and founder, Chris Carrabba. Having ascended great heights over the past 20 years, Carrabba found himself at a distinct crossroads as the last decade ended. Running on fumes and unsure if he would ever release another album, he waited. The songs eventually came, and though the project might have easily come to a screeching halt following a near-fatal motorcycle accident in the summer of 2020, All The Truth That I Can Tell stands among Carrabba’s finest – a strikingly potent musical look at himself through a rediscovered keyhole, both an achievement of vision and a vital burst of artistic clarity.

Carrabba’s new songs are rich with purpose and intention, merit, and necessity. From “Burning Heart” – which fittingly opens the album – and the tone-setting second track, “Everyone Else Is Just Noise,” to raucous songs of progress and affirmation like “Here’s To Moving On” and “The Better Of Me,” to more subdued moments such as the tender “Sleep In” and “Me And Mine,” Carrabba tracks his own personal evolution, viewed through a full heart. The brutally candid title track, “All The Truth That I Can Tell,” offers a somber look at one’s choices, consequences, and the perilousness of existence itself.

Seminole Casino Coconut Creek offers an energized and upscale local’s casino experience featuring nearly 2,200 Las Vegas-style slot machines and over 70 live Table Games with real dealers and real cards, including Blackjack, Baccarat, 3-card Poker and more, along with 28 tables of live Poker. For guests who prefer a non-smoking environment, Coco’s Smoke-Free Pavilion offers over 140 smoke-free Slots as well as six live Table Games with convenient access via the West Lot entrance. High Limit areas offer over 130 slots and over 10 live Table Games for guests who prefer a premium gaming experience. Coco also offers world-class dining, including its award-winning steakhouse, NYY Steak, as well as a variety of other dining options, such as the New York-style 1st Street Deli and the newly updated Sunset Grill. Live entertainment can be found several nights a week at Sunset Grill, Legends Lounge and Nectar. Open 24/7, 365 days a year, Seminole Casino Coconut Creek is located at the corner of U.S. 441 (State Road 7) and Sample Road in Coconut Creek, Florida. For more information, call (954) 977-6700 or visitCasinoCoco.com. Like us on Facebook at facebook.com/seminolecasinocococreek, follow us on Twitter @CasinoCoco and Instagram @seminolecasinococonutcreek, and subscribe to our YouTube channel at youtube.com/SeminoleCasinoCC.