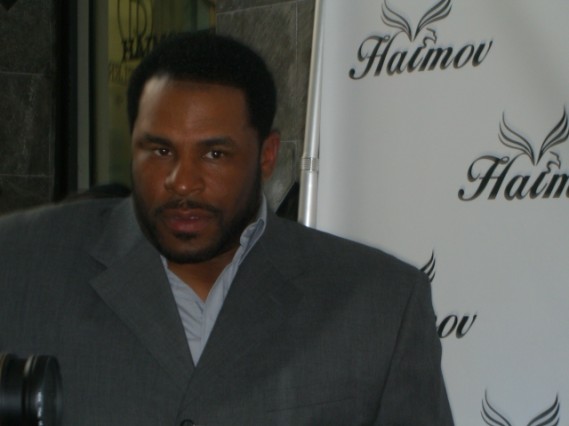 The key to the city is presented to individuals who have promoted that particular city in a positive manner, have contributed to the betterment of the city, or have done a remarkable act of mankind, a hero. It is a token of appreciation offering some sort of preferential treatment or status within that community.

Only a privileged few are admitted into this exclusive club, and Jerome Bettis is among them. On 31 January 2006, former Detroit Mayor Kwami Kilpatrick, and the City Council presented the key to the city to Jerome Bettis, a Detroit native. The key was given to him for promoting the city of Detroit, during Super Bowl XL games between Pittsburgh Steelers and the Seattle Seahawks.

The Super Bowl Games brought hope to the devastated city that has suffered from the economic downfall, and Jerome Bettis was instrumental in highlighting his hometown.

We managed to get a few words with him before he dashed off to his other engagements that evening. Here is the brief chat with Jerome Bettis, and Daedrian McNaughton of Premier Guide Miami.

PGM: You received the key to the City of Detroit for during the Super Bowl XL in your hometown. How do you feel about that?

JB: It was a tremendous honor being that’s home. For me to be able to get a key to the city from where I was born and raised, was a great honor.

PGM: How do you feel winning the Super Bowl, then?

JB: It was another honor. Something I have worked my whole life, for. It was incredible.

PGM: What are you doing now, and what do you plan to do next?