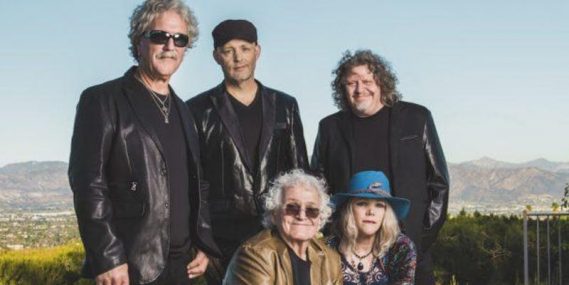 Between 1974 and 1984, Jefferson Starship released eight gold and platinum albums and went on to tour worldwide in sold-out venues.

In concert at Faena Theater will be historic members David Freiberg and Donny Baldwin, along with longtime members Chris Smith and Jude Gold. Grammy nominee Cathy Richardson will anchor the female lead vocals, made famous by the inimitable Grace Slick.

Doors open at 7:00 pm, and the concert begins at 8:00 pm. Tickets start at $75 for general admission. VIP Packages and premium seating also available.