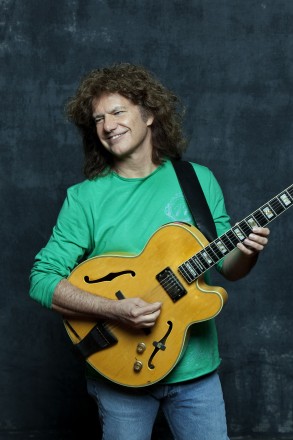 South Florida is in for a once-in-a-lifetime musical experience when the PAT METHENY UNITY GROUP makes its Miami debut in February. A 20-time Grammy Award winner, PAT METHENY’s versatility as an artist is almost nearly without peer on any instrument. Throughout his 40-year career, he has continued to re-define the genre by utilizing new technology and constantly working to evolve the improvisational and sonic potential of his instrument. He has performed with artists as diverse as Steve Reich to Ornette Coleman to Herbie Hancock to Jim Hall to Milton Nascimento to David Bowie. METHENY has won countless polls as “Best Jazz Guitarist” and awards, including three gold records, as well as Grammy Awards in a variety of categories including Best Rock Instrumental, Best Contemporary Jazz Recording, Best Jazz Instrumental Solo and Best Instrumental Composition.

The PAT METHENY UNITY GROUP offers a platform for the guitar wizard to showcase the broad spectrum of work that he has created as a bandleader over the years in one all-star ensemble. The Group features a new quintet from the guitarist, with longtime collaborative drummer Antonio Sanchez, legendary sax-man Chris Potter, bassist Ben Williams, and multi-instrumentalist Giulio Carmassi as the most recent addition. The program will include highlights from the guitarist’s award-winning recordings as well as the new ensemble’s highly-anticipated 2014 release.