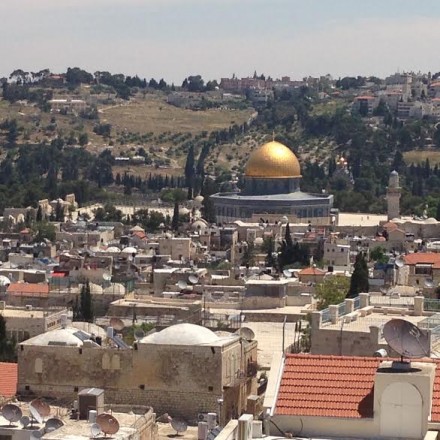 A few thousand years ago a man named Moses with plagues and miracles in hand, made a promise. He took a people through a desert, parted a sea, climbed a great mountain, twittered with god and delivered a set of rules to live by.  Not “the rules “as in dating guidelines but nevertheless useful information.

So goes the story, so went the rental agreement.

But instead wars broke out, fortresses were built and destroyed, thousands killed for the “rights “ god gave them, and  prophets/messengers rapped with an ever so partisan deity. It seemed understanding God’s word was a pretty simple matter; you just needed to make the claim.  Daddy does not speak much himself, you have to just feel him. 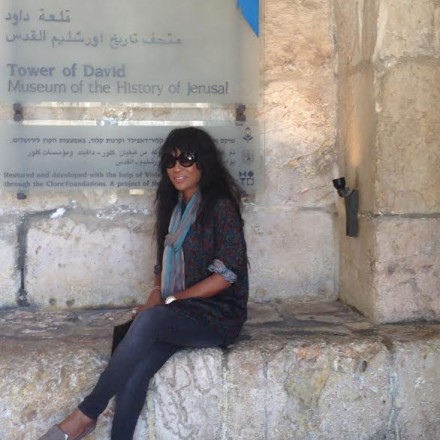 In May, I visited my son in Israel with my Jamaican girlfriend, Daedrian McNaughton.  She does not smoke dope nor can she still swim, so her Jamaican street credits are in doubt.. but I digress.

My son was raised Catholic. He went to Catholic school from PK3 to eighth grade; he received his baptism. He went to church with his Catholic mom. I was born Jewish but traded it away at an early age for a poster of Farah Fawcett. I never cared much for any tales where virgins were not sacrificed. I guess I was born to live in Miami. 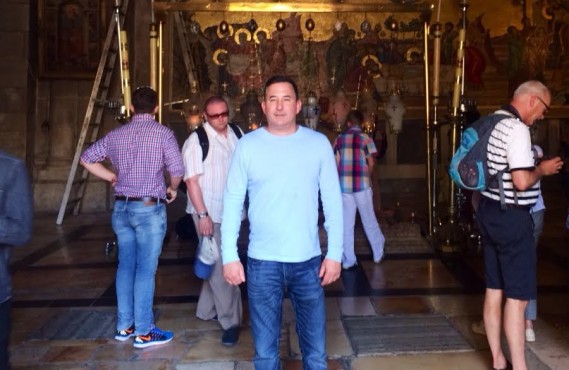 My son decided against my self serving inclinations to go to Israel to serve a largely Muslim group of African refugees called Eritreans. He tried to get them asylum, to provide education and job opportunities for them in Israel.

My Catholic son, decided  become a citizen of Israel. He found a Rabbi to write him a letter.  He claimed his Jewishness by association to me.  But of course my son does not intellectually embrace any religion nor do I. This is the Middle East, nothing makes sense. 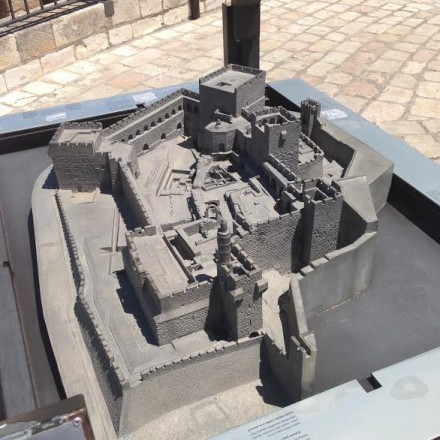 I went to Jerusalem for two days. Young men and women not old enough to rave at  “Space” carried  automatic weapons while eating their hummus. No one was alarmed, no one stared or seemed on edge. This is Middle East and you need a Grenade launcher to even get a head turn.

The people of this country all seemed very happy, Jews, Muslims and Christians alike. I have felt more tension in Sobe waiting to get into Liv. 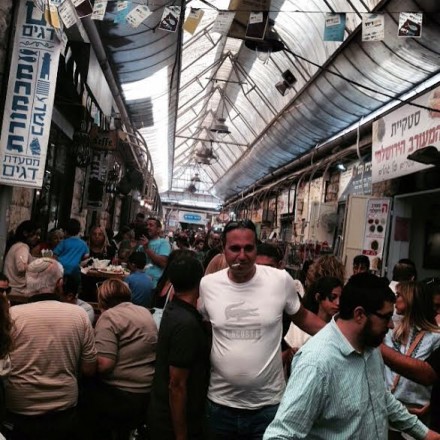 I went to the Muslim section of Jerusalem and got caught in a rush to pray at the dome of the rock.  Thousand of Muslims surrounded me, a  human mass moving forward in the market.  I got a little nervous for my son, me and the Jamaican. An old Muslim man must have sensed my unrest and in a visual gesture which was unmistakable, motioned all is good. There is nothing to worry about. This is the middle East all is safe, until you claim someone else’s destroyed monuments. 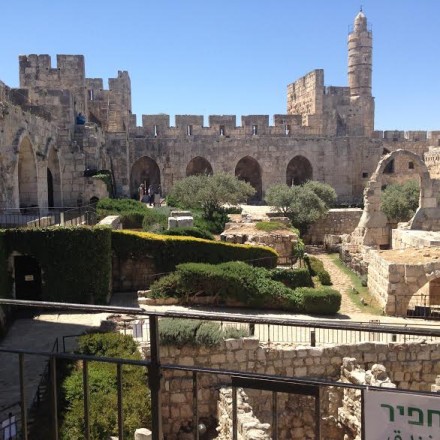 I traveled some of the country side and saw lush swaths of land with trees and vegetables. The Israeli people planted millions of trees, made ugliness beautiful. The buildings and cars were not luxurious by Miami standards. Yet, the sense of things was prosperity and contentment. Israel’s only natural resource is its people and it is a good one.

I partied to 4 am with my Jamaican girlfriend at a Tel Aviv  club similar to ones in Sobe. She did her dancing, people stared. I was not sure if they stared because she dances great, she is black, was with a white guy or has new bumpers attached to a beautiful human being . 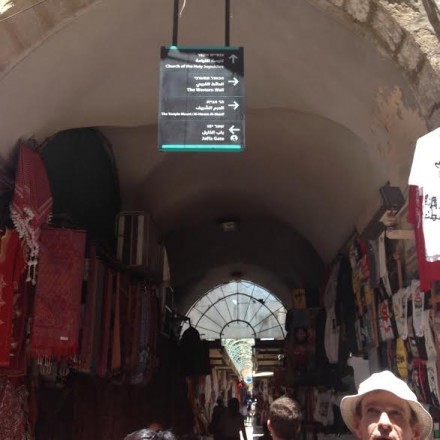 The Jews and Muslims at their extreme religious ends separate woman from men, avoid gods culinary gift bacon, push people and don’t say excuse me, and  worship ancient things more than the sanctity these symbols represent. An ancient temple wall, a golden dome, a slab of wood for god’s son; people kill to secure them.  I have not spoken to god recently, but I have read parts of bible, Torah and Koran. I also know some really smart people, but dumb compared to an omnipotent force that created the world.

My take on being really, really smart… Smart people don’t wish to be prayed to, they don’t care about souvenirs of the past, they don’t need to be told they are smart, don’t care if you draw funny faces about them, don’t require you to memorize every word they said and are annoyed when you evoke their name to further your self serving desires. 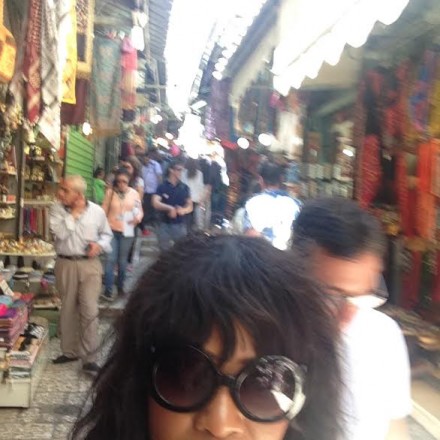 I am not so smart but kind of assume God in any form you wish to understand him ( or her) is really, really smart.

The Middle East is a monument to man’s weakness, to the fact we have not come far enough be worthy of God’s praise.  The Middle East is  a place where all people are truly the same, where everyone is a son or daughter of Abraham. In my casual interactions with Muslims and Jews I could not tell much difference aside from some funky cloths and hair cuts.  People need to check their spiritual DNA, sorry but we are all brothers and sisters even the idiots. 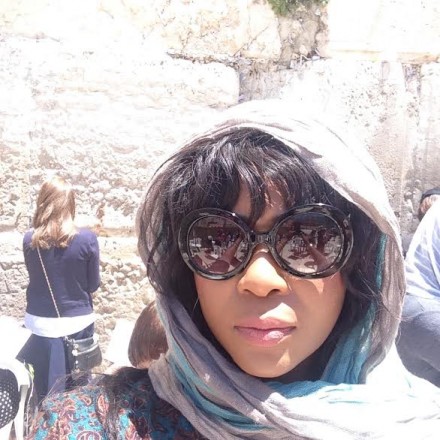 So I come back to my son, my Jamaican dancing queen and me. Life grows by transcendence, to rise above ones programing, to evolve new traits, to become better, to love and appreciate that which is unlike our experiences and us. 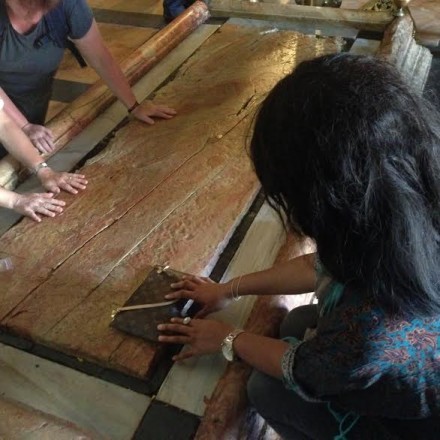 The Middle East has only a two state solution. Nearly all people around the world accept this postulate. But, not one devised by governments or treaties.  The two state solution is with two states of minds. It is the solution for all hate in the world, all divisions and all misunderstandings. The history of mankind is of two minds.  It is of Adam of Eve, Abraham and Isaac, Jesus and Mary,  and  Romeo and Juliet . We learn best by knowing another’s heart and mind.  It is one heart embracing another. 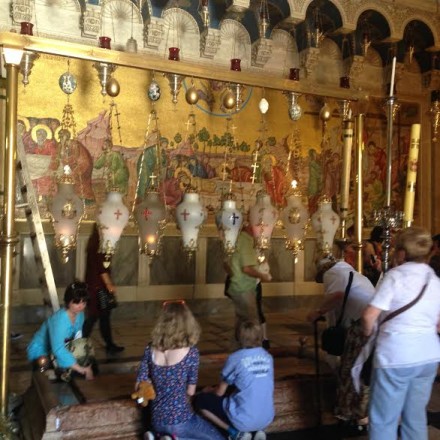 We can’t hate what we love. When we treat one another  as equal  humans guided by the principle of tolerance and affection, praising god by war, words or funny gestures becomes obsolete . For like a good parent, by making god proud we have embraced his existence with the highest tribute.

So go out to the window, out the door  and love someone different than yourself if not for yourself then for god’s sake.  Just keep your hands off my girl; she is mine.