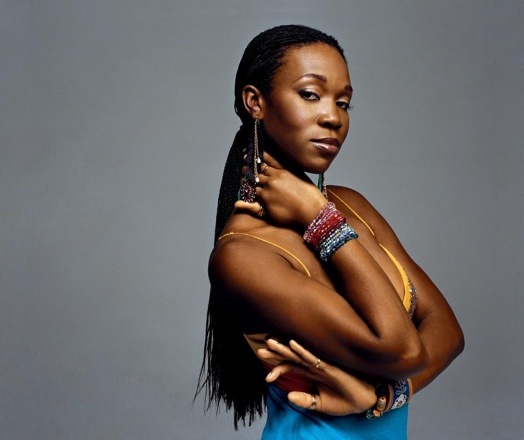 India.Arie went from “singing under a tree in the park” to the Grammy Awards stage in five years, earning seven nominations for her 2001 double-platinum debut Acoustic Soul featuring her first hit single “Video.” That was followed in 2002 by the platinum-selling Voyage to India, 2006’s gold-certified Testimony: Vol. 1, Life & Relationship and its 2009 sequel Testimony: Vol. 2, Love & Politics. But despite 21 Grammy nominations, four Grammys and 10 million albums sold worldwide, something was wrong. Exhausted from writing and recording, the singer didn’t feel like doing another album. But instead of waiting another three years, she took a day to pray. Six months later she finished SongVersation. Sometimes you have to step back to move forward. Coming to that realization—let alone taking that crucial first step—can be a daunting endeavor. Now on the other side of a self-imposed four-year hiatus, India.Arie returns with the most illuminating album of her career. SongVersation reunites the Grammy-winning singer/songwriter/producer with longtime writing partner/co-producer Shannon Sanders. Recorded in Atlanta and Los Angeles, India.Arie’s fifth studio album is a compelling snapshot of her hard-won breakthrough to simultaneous personal and artistic growth. “This is where I’ve been for the last four years,” reflects the singer. “I’ve struggled most of my career to feel comfortable with how things were, how I was treated, the politics of the music industry. I needed to pull back from the public eye to ground myself and rebuild my life and career. It’s a process many of us go through: spiritual maturation, spiritual awakening, clearing out the old and starting anew.” And now she brings her renewed career and excitement to the Fillmore Miami Beach.