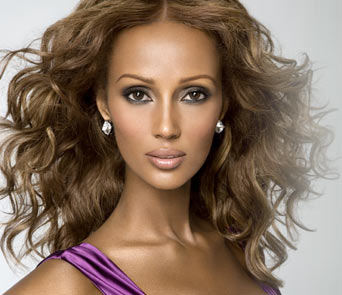 “Season two of ‘The Fashion Show’ is must see TV. It’s beyond that, it’s live-for TV,” said Mizrahi. “Giant fashion shows every week, amazing guest judges, and fabulous fabulous clothes. Not to mention the elegant and hilarious Iman. I’m glued.”

“The Fashion Show: Ultimate Collection” will split 12 talented men and women into two fashion houses and each “house” must work together, not only to create a cohesive collection each week, but also to produce a live fashion show in every episode. From the set, to the music and lighting, these contestants will be pushed harder than ever before as they lay it all on the line for a chance to create the ultimate collection and to win $125,000 furnished by TRESemme® Professional Hair Care.

Premier Guide Miami: You are two reputable strong personalities in this industry. How were you able to balance your personalities, you know, individually and your styles of judging the show?

What were you most inspired by doing the show with the contestants because I can imagine, coming up with the collection every week has to be daunting?

is the last word when it comes to judging. No, I’m kidding. We really – I think Isaac…

Isaac Mizrahi: Oh my God. I have my breath there for a minute. It was like wait, she means that.

Iman Mohamed Abdulmajid: Isaac, they should really kiss his feet, these designers because he is really the nugget of information that imparts to them on a weekly basis and goes to visit them in the studio while creating and guiding them. It is priceless I think.

So as I said before that I think what we are looking for is things that will really, you know, excite women and be excited to want to wear that outfit and elevate them, challenge them, you know. And when you’re looking at these things, you want something, “Wow, I’ve never seen this before; I would love to have it; I would love to wear it.”

So that is the information that I was bringing to the table. You know, we really get a well – get well together because we really come from a different place of the judging pyramid. But, you know, we had a couple of times that we couldn’t make a decision because I had my point of view, he had his point of view, and then the judge – the other – the guest judge had their point of view.

So that’s all a discussion that you will also see. And you’ll see where – how then do we become – make a decision of who supposed to be going home that night or who’s supposed to be winning.

Isaac Mizrahi: I do have to say – and just to add something to this which is that, you know, I’ve known Iman for quite a long time, right? And there is a whole kind of culture that takes place backstage in fashion, you know.

And it somehow tries so hard to kind of translate to the sun of the runway, you know. It’s like – and honestly, Unzipped is something – you know, that happened to be a very good movie where you see the kind of personality backstage, whether it was my personality or Lynda and (Angelique)’s personality in that case, you what I mean?

And somehow, Iman’s voice has always been a very strong voice backstage, you know. I mean she’s had a very strong sort of physical presence in the (font) of the likes, you know. And I know that more and more, she’s being called upon in this role. I know she does Project Runway Canada and I know that she speaks a lot. And she’s on HSN and she’s becoming more and more like a sort of a spokesperson. And she’s been very loud and clear all these years.

But I feel like you will not believe, you will not believe the kind of authority that this woman brings to it. You know, it’s like when she enters a room, when she says something – and she doesn’t really – I mean like, you know, we kind of joke about how you can’t get a word and it’ll drive between the two of us, right?

There was one – and I like to talk about the one challenge about the wedding thing, the – I swear to you, like we were all going on about what we thought about the – it was a civil union thing where we – they were challenged to do clothes for civil unions. Can I talk about this?

Premier Guide Miami: Yes. I mean all the press have the episode description. So they do – we do…

Isaac Mizrahi: All right. And at one point – you know, okay. So at one point, I’m going blah, blah, blah and add them to the linen and the thing, da, da, da, da. And then Iman suddenly says, “Well, the thing you got about this collection is love. You got that is about love.” Okay, and I swear to you like we all – like sort of I hope they kept this in the episode because we – I swear, If you cut to me I was like sobbing because she’s right.

I mean, you know, the thing about wedding clothes other than beyond everything is it’s about love. I mean all of the rest of the judges were like, “I didn’t like the shoes; the hair wasn’t right, blah, blah.” And Iman goes, “It’s about love.” And, you know, okay, so now she’s right, you know.

And that kind of weight is what she brings to it. She brings this cultural observation, you know, having been to dinner a million times, having worn these clothes in context, having gotten married more than once. I think she’s very good at bringing thing – you know, to the table about that, you know, every single solitary occasion she has dressed for, you know what I mean?

So there was a kind of amazing authority. And in the end, I swear, when you said that thing earlier, I think she was joking. She said I had the last word. But really, you know, I did listen to her because as a designer, you tend to listen to someone like that. You really do because that’s the opinion that really matters. It’s the opinion of almost like posterity. You know, Iman, equal sign, posterity. Okay?

Iman Mohamed Abdulmajid: I mean I can’t wait for you guys to see the show of where it starts from and how where it goes. I mean I have to say that it surprised us…

Iman Mohamed Abdulmajid: …and elated us and beyond the moon. I mean we could not have expected or planned it this way, you know.

Iman Mohamed Abdulmajid: We wanted so much for it and it over exceeded our imagination of what’s…

Isaac Mizrahi: The first episode was so – I thought it was really good because when we got to show, I mean there were flaws and we saw where it needs to go, but the shows were really good, the fashion shows, you know. And I was very relieved and I know Iman was very relieved because you don’t know what the talent is capable of until you actually see the first collection.

And then I think, I don’t know, into the show, the second and third collection, we lost it because they really disappointed us and we let them have it. I mean like I was almost afraid that we had gone too far, you know. But then the following when we came back, it really had changed the level of how they were thinking. And it was such a great show, you know what I mean?

So it’s like just the drama of it, just the week-to-week drama of unfolding of it. And then as Iman was saying, the last collections, oh my God. The few last episodes are simply dazzling.

Premier Guide Miami: I have one quick simple question, what was the thing that you like between you two and Laura Brown?

Iman Mohamed Abdulmajid: Oh Laura. Laura, she’s Australian, so some extra accent there. But she comes from Bazaar. So it’s a magazine. So really, there’s a totally different point of view to it also.

Isaac Mizrahi: Absolutely. And quite a profound one, you know.

Isaac Mizrahi: Like in a way, like when she goes, well, you know, it looks like this or that, you go, really? You see because I don’t really know. I don’t keep track of all the collections. And she does. I mean that’s kind of part of her job, to know what’s in the actual world. Do you know what I mean?

Isaac Mizrahi: So I think…

Iman Mohamed Abdulmajid: As they do both the designers and then they do really things that, you know, women – regular women would buy it. And so they…

Iman Mohamed Abdulmajid: …- magazines should have it both in major, major designers and also what regular people buy and how to mix it. So that’s where her information was coming from.

Isaac Mizrahi: And also like, you know, like occasionally, it was rather like, I don’t know what – to me, it was like a little bit like terrifying what Laura had to say. Because if I quantify the design of it, right, and Iman is speaking to kind of like this emotional, cultural connection that she’s making with the clothes and that she believes needs to be out there, suddenly is going, “Well you’re both wrong because, you know, Stella McCartney did this and…”

Isaac Mizrahi: “…you know, Marc Jacobs did that and then Alex Wang did this. And so this is stupid. Why are we even looking at this? Stop. Everybody stop.” You know, and somewhere it was like dreadful, you know what I mean? What Laura had to say was like – I like feared what Laura had to say. I always fear what editors have to say because they’re right.

You know, they’re the ones who see everything. And they have absolutely no axe to grind. If something is right, if they want to shoot it, then that means there’s something right about just unequivocally. Do you know what I mean? They are right, you know. So there you go.

Iman Mohamed Abdulmajid: Yes. So the combo works in all that in that level. Yes.

“The Fashion Show: Ultimate Collection” premieres on Bravo on Tuesday, November 9, 2010 at 10 p.m. ET/PT. For more information, visit www.BravoTV.com. Follow us on Twitter at https://twitter.com/BravoPR.