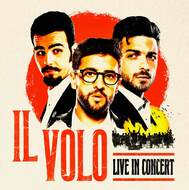 VNUE, Inc. (OTC:VNUE) announced today that the company has partnered with the Italian superstar trio Il Volo and will be livestreaming the group’s concert at FLA Live Arena (Sunrise, FL), October 9th, 2022, at 8:15 EST, via VNUE’s StageIt platform. The trio’s performance at FLA Live Arena is produced by Live Nation.

And, Il Volo has confirmed that the group will be donating all proceeds of the livestream to the Red Cross in support of the victims of Hurricane Ian. VNUE, the FLA Arena, and Il Volo have all teamed up with the Red Cross for this great cause.

As of today’s date, there are 101 people who have lost their lives due to hurricane Ian with many others injured.  There are hundreds of thousands without power, water, food, gas and other basic needs. Officials are speculating that Ian is the most costly hurricane ever to hit Florida, which made landfall last week as a Category 4 storm.

IL Volo, which means “The Flight” in Italian, has been delighting audiences around the world since 2009.  Consisting of baritone Gianluca Ginoble, and tenors Piero Barone and Ignazio Boschetto, the trio describes their music as “crossover.”

Il Volo was scheduled to perform “Il Volo Live in Concert” at the Barbara B. Mann Performing Arts Hall in Fort Myers, Florida, but unfortunately had to cancel this performance due to Ian’s destructive wrath.  As a tribute to those who lost their lives in Ft. Myers and the surrounding areas, and for all the families whose lives are destroyed and need help desperately, the group decided to partner with the Red Cross, and with VNUE, to livestream the concert and donate the proceeds in support of the victims.

“Our first show ever in the United States was in Florida at the beginning of our career and we have the most wonderful memories performing for our Florida audience,” said Il Volo.   “Seeing the videos and pictures of the devastation hurricane Ian left behind we felt strongly compelled to give back to the people of Florida and their communities.  We are excited to team up with VNUE, FLA Live Arena and the Red Cross to bring our live performance, produced by Live Nation, to the world for the benefit of the victims of hurricane Ian.”

Zach Bair, CEO of VNUE, said, “What has happened because of Ian, especially in Florida, is heartbreaking.  As someone who has a lot of roots in South and West Florida, this touches me deeply and I am so very thankful to be able to work with Il Volo on this important cause, and thankful for their generosity.  We are looking forward to presenting this amazing group to a global audience via StageIt, and raising money for the Red Cross.”

The concert will be available for streaming exclusively on StageIt.com.  Fans may register on StageIt in advance, and purchase “Notes” which fans may use to virtually attend the show.  The minimum ticket price is $30 (300 Notes), but fans are also encouraged to donate above and beyond the base price of the ticket.  The five highest donations will receive special prizes from Il Volo, such as signed set lists or other special memorabilia items.

To register and purchase to view the livestream, fans should visit https://bit.ly/IlVololivestream.