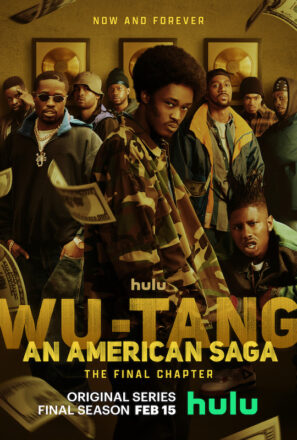 Hulu has released the official trailer and key art for “Wu-Tang: An American Saga” season three. The final season launches with three episodes on Wednesday, February 15. New episodes will follow every Wu-Wednesday, with the finale dropping on April 5.

SYNOPSIS: Off the release of their debut album and their continued rise to fame, we follow the Wu-Tang Clan over the course of their five-year plan as they face and overcome different challenges. While each of the members go on separate journeys to figure out where they fit in the music world, RZA struggles to stay on top of things in order to fulfill the promise he made to his Wu brothers. As money, fame, ego, and business threaten to tear the group apart, they must find a way to come together and cement their legacy.