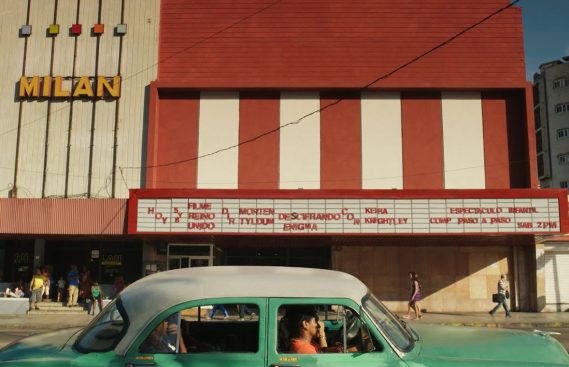 Hollywood in Havana
Sunday, September 8, 4–6:30pm
4pm tour @ The Wolf + 5pm film @ O Cinema South Beach
Tickets
Revisit the golden age of American stars in Cuba! View vintage celebrity caricatures by Conrado Massaguer to bring to life the glitz and glam of the 1940s and ’50s, when Hollywood headliners headed south for the casinos, clubs, and tropical tans. After the 4pm museum tour, none other than director Gaspar González will host a special screening of his 2018 documentary Errol Flynn’s Ghost, which spotlights the craze for American cinema in Havana, right up the street at O Cinema South Beach (1130 Washington Ave). Movie begins at 5pm, Q&A to follow. Presented with Miami Beach Film Society.

$11; FREE for MBC and Wolfsonian members, seniors, and students.