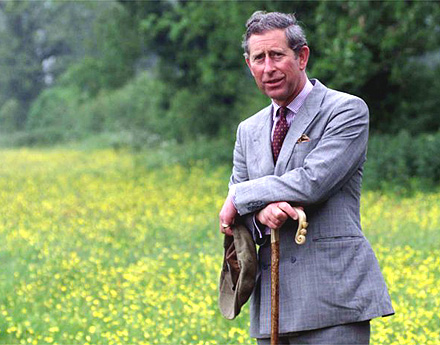 Green Week goes global in a regal way. Harmony is a call for action to reconnect man with nature through the works and views of His Royal Highness The Prince of Wales, Prince Charles.

In an unprecedented partnership, NBC has collaborated with His Royal Highness The Prince of Wales, Prince Charles offering his views on climate change in a special broadcast on November 19, 2010 at 10 pm. 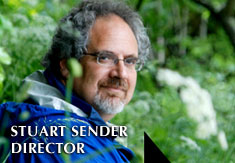 For over 25 years, HRH Prince Charles has been at the forefront of the green initiative and he will reach across the pond through dialogues and actions with a dynamic group of environmentalists, entrepreneurs, farmers, business and government leaders who are working to restore balance.

Harmony was directed and produced by Julie Bergman Sender and Stuart Sender will give a rare look in the life of Prince Charles, including a rare footage of His Royal Highness interviewing former Vice President and Nobel Prize winner Al Gore about climate change from a film The Prince made in 1988.

“People are going to be really amazed and surprised the Prince in a way they’ve never met him before,” says Stuart Sender, Director/Producer of Harmony.

In a conversation with Julie Bergman Sender and Stuart Sender, they discussed creating the film, Harmony which highlights the Prince’s work combating climate change and social responsibility and solutions. 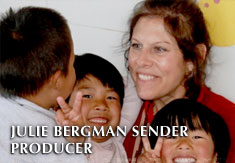 On Working With Prince Charles

You know, when we started working on this project on Harmony people would understandably want to ask us about the Prince, you know, what is he like and what is it like to work with him?

What we really want to say from the outset is as the Prince of Wales has always insisted, this has never really been about the Prince but much more about what we’ve come to see as the principles.

I do want to take a minute to just say a few words about the Prince of Wales for people who may not know that much about his history.

Because this film grows out of 30 years plus of his work around combating climate change, 25 years of work as a – an organic farmer working on issues on sustainability, corporate social responsibility and being that is kind of lead up to his being named one of Time Magazine’s leaders and visionaries as a hero of the environment.

And so we really had a kind of, you know, extraordinary experience working with all of this material and creating a film that we hope will give people a kind of a different perspective, not just on the global environmental crisis that we hear about, but also about the way that that’s connected to real solutions that we can look at in terms of the environment and the economy are connected about how we grow and distributed our food, about how we can create new technologies that are inspired by really interesting entrepreneurs who are looking at nature and figuring out how to make – how to create solutions to some of the problems that we’re facing.

We’re really grateful also to NBC for putting this on the air on Prime Time and bringing and audience to this material and to our film.

Daedrian McNaughton: There’s a higher level of awareness towards global warming and green initiatives. Why is the Prince so passionate about this and how did this partnership come about?

Stuart Sender: Well I think that the – you know, the passion is something that grows out of many decades of real work. And I think that the Prince of Wales has an unusual position as a convener around the world of business leaders, government leaders, peasant farmers, environmental activists.

We got involved in this actually because we were introduced to the Prince of Wales through a colleague who worked in the organic food business.

The Prince has an initiative called Dutchy Originals which acts a lot the way Newman’s Own does where natural and organic products are sold and proceeds are given to charities. And that was how we connected.

The Prince had made his own film called the Earth in Balance. All the way back in 1990 he made a film that dealt with environmental issues and climate change.

I think he felt pretty passionately that a lot of these issues were not just still happening but that these were things that needed to be addressed with even more urgency.

He said, you know, we’re now dealing with a planet that has dwindling resources and real crisis that we’re facing.

And a lot of this stuff that we continue to do we do with the awareness that we’re facing these challenges and that this was a time to issue what he calls in the movie a call to action.

Julie Sender: And I would just add one more thing to that, which is to say that I think, you know, the fact that he’s the Prince of Wales is in a way secondary to his passion about this issue, that he views his position in the world as a way to bring awareness and to bring support to people from all different economic, social religious, you know, environmental and sustainable workers and people who are suffering from climate change as much as people who are working towards making it less of a threat.

Daedrian McNaughton: Julie? Now how long did it take to create Harmony and what were some of your challenges?

Julie Sender: Well it was about three years in the making. And, you know, the challenge, is was probably one of the most amazing work experiences — I think I can speak for both of us — that we’ve ever had.

We were able to spend a great deal of time with his Royal Highness and really learn from him.

The challenges are always that when you make a film like this there’s so much you want to put on the screen and you always have to make difficult editorial decisions. So I would say that was probably the biggest challenge.