On Sunday, February 1st, celebrity chef and TV personality, Guy Fieri was spotted leading the pack of Hollywood elite, sport’s stars and celebrity chefs at Super Bowl 54’s hotspot, The Player’s Tailgate. Guy was seen mingling with VIP’s like Clint Bowyer, Wes Merritt, Rashaan Evans, Sage Steel and DJ Irie. as he prepared to cheer on his home team, the San Francisco 49er’s. During the star-studded event, the Diner’s Drive-In’s and Dives host served up over 5,000 hand-breaded chicken tenders and over 18 gallons of assorted sauces from his new chicken chain, Chicken Guy! Guy was boasting the restaurant’s all-natural fresh chicken tenders, hand-pounded to maximize crunch, brined and seasoned to perfection. However, the MVP’s of the Chicken Guy! flavor game were the 22 different sauces. From Donkey Sauce, Nashville Honey Hot, Avocado Crema, Peri Peri and Curry Mayonnaise – there was something for everyone.  The restaurant now has locations in Miami, Orlando, FedEx Field – home of the Redskins and Levis Stadium – home of Super Bowl 54’s own San Francisco 49’ers. Future locations are planned for Minnesota’s Mall of America, Nashville and beyond. 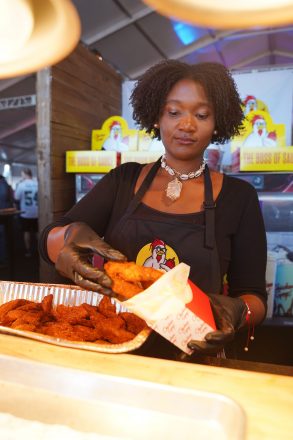 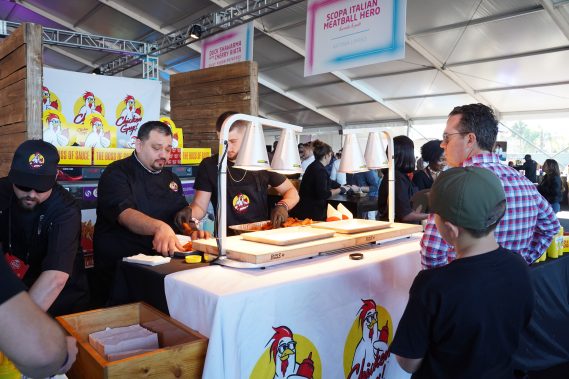 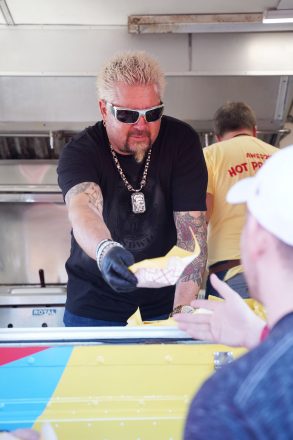 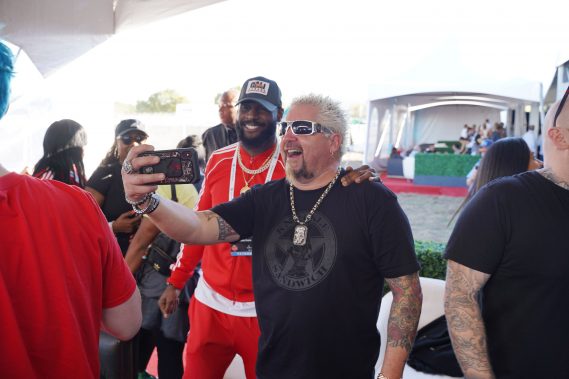 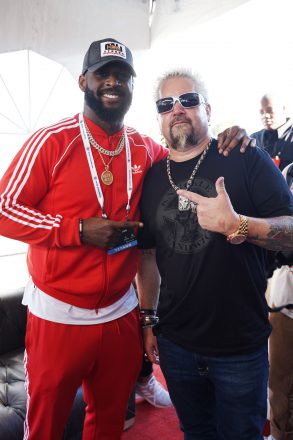