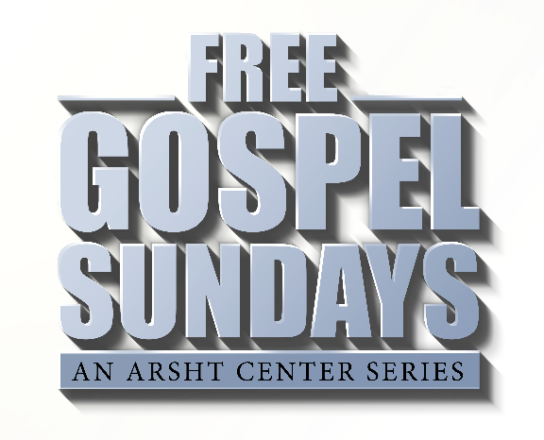 The Arsht Center’s beloved signature series expands to include free pop-up performances throughout Miami-Dade County and the first-ever Gospel Fest!

A daylong, free celebration of gospel music at the Little Haiti Cultural Center

The Adrienne Arsht Center for the Performing Arts of Miami-Dade County (@arshtcenter) is pleased to announce the return of FREE GOSPEL SUNDAYS for its 16th season. In addition to featuring gospel music’s brightest stars on the Center’s Knight Concert Hall stage, this season of FREE GOSPEL SUNDAYS will also bring South Florida’s best gospel acts to the streets with free pop-up shows across Miami-Dade County as well as the first-ever Gospel Fest at the Little Haiti Cultural Center. WPLG Local 10 Anchor CALVIN HUGHES (@calvinwplg) returns as host for the 2022-2023 season.

Free tickets for the first FREE GOSPEL SUNDAYS performance of the season will be available beginning September 9 at noon at arshtcenter.org. Sign up for Arsht Center emails here and be sure to select “Community & Free Events” to be the first to know when passes for remaining performances become available.

To kick off the new season, the Arsht Center invites the community to Singing in the Streets celebrations on Saturday, October 8 at 5 p.m. at the following locations:

As ambassadors for Florida Memorial University, the FMU Ambassador Chorale (@fmuambassadorchoral) has upward of 50 members that perform a wide range of music and experiment with a variety of musical genres. Most recently, they performed with New World Symphony and renowned soprano Michelle Bradley.

The Florida Fellowship Super Choir (@f2superchoir) is made up of singers, songwriters, directors and musicians of all faiths and denominations from across the state of Florida.

The 2022-2023 season of FREE GOSPEL SUNDAYS includes the following performances:

JEKALYN CARR (@jekalyncarr) is a Grammy Award nominee and Stellar and GMA Dove Award-winning recording artist. She is a profound speaker, radio and conference host, entrepreneur, actress and author. She has spent nearly a decade at the top of the gospel music charts. As a top-selling independent recording artist, Carr earned several Billboard No. 1s before the age of 21, including her hit singles “You’re Bigger” and “You Will Win.” She burst onto the scene at 15 with incomparable vocals and a wisdom well beyond her years in her breakout single “Greater Is Coming.”

Carr made her television acting debut with a featured role on the OWN Television Network series Greenleaf and expanded her acting experience in the feature film Never Heard.

Out of the darkness comes a new dawn. This all-new concert by three-time Grammy-winning SOWETO GOSPEL CHOIR (@sowetogospelchoirlive) commemorates South Africa’s Freedom Movement and the civil rights movement in the United States. Bringing joy to all, HOPE opens with a rousing program of South African freedom songs that inspired their Rainbow Nation. Then, the choir’s uplifting performance moves to the United States with beautiful renditions of the music of the civil rights movement, including works by legendary artists Billie Holiday, James Brown, Otis Redding, Curtis Mayfield and the one-and-only Aretha Franklin.

Joined by opening act Florida Fellowship Super Choir, this performance will also include holiday-themed gospel favorites to spread the joy of the season.

Pastor of Upper Room Ministries in Miami Gardens, Marc Cooper (@pmc_305) has been playing music since childhood. In 1995, he co-founded the Stellar Award-winning Miami Mass Choir (@miamimasschoir), the longtime resident ensemble for FREE GOSPEL SUNDAYS. That same year, the original Marc Cooper & Friends released Glory, Glory, an album of high-powered, joy-filled gospel songs, many written by Cooper. Since then, he has founded his own record label and released several critically acclaimed recordings with Miami Mass Choir, including their album Miami Mass Choir Live at the Adrienne Arsht Center, which was recorded in 2016.

The choir were the recipients of the 2017 Artist of the Year, Album of the Year and Large Choir of the Year at the Kingdom Image Awards, which honor local gospel acts making an impact within their communities.

FREE GOSPEL SUNDAYS’ inaugural GospelFest will offer a free, daylong celebration of gospel music for the whole community at the Little Haiti Cultural Center. More details to be announced soon!

An additional FREE GOSPEL SUNDAYS performance is scheduled for April 2023. Sign up here to be the first to know when more information is available.

FREE GOSPEL SUNDAYS is made possible with the leadership support of Rodney and Michelle Adkins, as well as the generous support of the Green Family Foundation Trust, Baptist Health South Florida, The Israel, Rose, Henry and Robert Wiener Charitable Foundation, the Friends of Free Gospel Sundays, the Miami-Dade County Mayor and the Board of County Commissioners, the Miami-Dade County Department of Cultural Affairs and the Cultural Affairs Council, the State of Florida, Department of State, Division of Arts and Culture and the Florida Council on Arts and Culture.