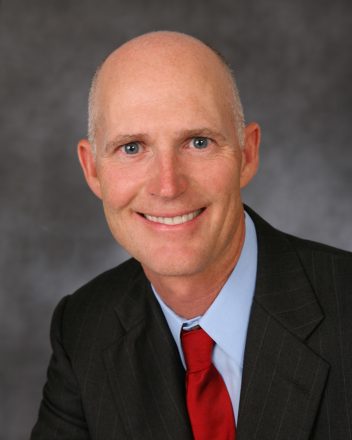 Florida Governor Rick Scott will host a delegation of NASCAR and International Speedway Corporation executives, NASCAR drivers and racing legends this Wednesday evening, June 29 at the Florida Governor’s Mansion in Tallahassee, Fla., in celebration of NASCAR’s historical significance in Florida and its economic benefit to the state.

Waltrip, recently selected as a Class of 2012 inductee for the NASCAR Hall of Fame, will emcee a program in which Governor Scott, France and Wallace are expected to speak on the importance of racing to the state, the France family heritage and the NASCAR Foundation’s recently launched NASCAR Unites program and Betty Jane France Humanitarian Award. As hosts, Governor Scott and his wife Ann will give their stock car racing guests a tour of the mansion before the program commences.

NOTE: Homestead-Miami Speedway Track President Matthew Becherer will also be among the International Speedway Corporation contingent of attendees. The annual economic impact of Homestead-Miami Speedway is an estimated $249 million each year.  The Speedway’s operations create nearly 3,000 jobs and $115 million in labor income annually while generating $47 million in tax revenue to state and local governments yearly.  More than two-thirds of attendees come from outside of Miami-Dade County while 30 percent of Homestead-Miami Speedway guests come from outside of the state of Florida. The impact of NASCAR’s Ford Championship Weekend each November is currently the largest annual economic impact of a sporting event in South Florida.

WHAT: Celebration of NASCAR reception