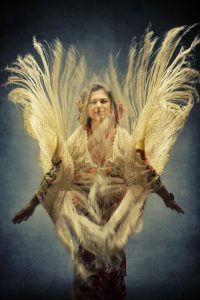 Subscription tickets, which include priority seating for all three performances, range from $105 – $285 and are on sale on today.

The Miami Herald raves the festival presents “a level of flamenco artistry that South Florida has never seen before.”

“The hottest flamenco event in the country” – World Music Central

“Now entering its third consecutive year, ‘Flamenco Festival Miami’ has become one of the most highly anticipated performing arts events of the season, repeatedly achieving sellout status,” said M. John Richard, president and CEO of the Adrienne Arsht Center. “We invite the South Florida community once again to witness one of Spain’s most revered art forms performed by world-renowned artists right on our stage.”

The lineup for FLAMENCO FESTIVAL MIAMI is as follows:

Introducing Flamenco’s most important and daring young stars: the sensuous Pastora Galván, equally breathtaking in classic and modern flamenco; Manuel Liñán, a master of dazzling technique and dramatic choreography; the passionate Belén López, a sensationally beautiful and riveting performer and a

nd Rocío Molina, the fiery dancer who has “become one of the finest soloists in the world today (New York Times).”

Pastora Galván’s lively spirit and irrepressible energy drives her to continuously immerse herself in new projects and artistic adventures. “At once florid and generously full-bodied, her performance style takes possession of the stage.” (The Daily Star)

“Manuel Liñán gives flamenco a shake-down in terms of both style and content. He can be contemporary or traditional, but first and foremost he keeps it simple, shunning all that is the superfluous.” (Flamenco-world.com) Liñán is a maestro of flamenco expression, with an artistic style that is both creative and non-conformist.

A child prodigy who has emerged as a mature flamenco dancer, Belén López is sure to win the audience’s adoration. Flamenco-world.com raves “López is a performer with experience, charisma, slyness and boundless virtuosity.”

Rocío Molina has become a major star in the flamenco world at the age of 25.   A revelation in flamenco dance, Molina is described as “a fiery, tightly wound whirlwind, exploding in amazingly precise and rapid footwork.” (The Miami Herald)

Winner of the Best Dancer Award at the Flamenco Bienal of Seville, Rocío Molina mesmerized festival audiences two years ago with her blazing performance in “Mujeres.” Now the Festival spotlights this new young star with the Miami premiere of her new show Oro Viejo (Ancient Gold), an intense evening of Flamenco that wowed audiences throughout Spain.

“One of the greatest flamenco dancers I have seen, but to say that is not enough…her soleá at once seems to lead an audience into the heart of flamenco at its purest and extend it by making it new.” (The New York Times)

Adrienne Arsht Center and PerilloMusic present FLAMENCO FESTIVAL MIAMI
Compañía MARÍA PAGÉS in “Flamenco Republic”
February 18, 2010
John S. and James L. Knight Concert Hall
Winner of the National Dance Award, Spain’s highest honor for dance, María Pagés is known by many as the “dancer with endless arms.” Her critically-acclaimed performance piece “Flamenco Republic” is a state of mind, an imaginary country ruled by the laws of flamenco. Opening to the sound of a heartbeat, one of the most primitive and ge 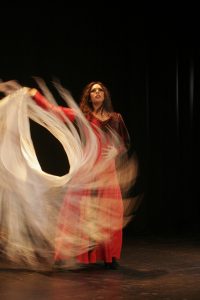 nuine rhythms, “Flamenco Republic” takes us from happiness to sadness, through rigour, elegance, irony and even comedy in a full range of sharp contrasts.

“María Pagés is not just flamenco dancing. She’s the triumph of intelligence…She has an overwhelming concept of flamenco. She can materialize it. She is definitely among the greatest.” (El Pais)

Tickets
Subscription tickets for FLAMENCO FESTIVAL MIAMI are on sale now.  Subscription prices range from $105-$285, include priority seating for all three performances, and can be purchased through the Adrienne Arsht Center box office at (305) 949-6722 or online at www.arshtcenter.org.

Renewing subscribers are able to secure their same seats from the prior season while new subscribers receive priority seating to all three performances.

Visit www.arshtcenter.org for up-to-date information for details and schedules.

Flamenco Festival Miami is presented by the Adrienne Arsht Center for the Performing Arts of Miami-Dade County and PerilloMusic.

Sign up to receive the latest updates on performances at www.arshtcenter.org

Más Y Más y Más
Special events beyond the stage, including workshops and master classes, will be announced soon.

The Adrienne Arsht Center, designed by world-renowned architect Cesar Pelli of Pelli Clarke Pelli Architects, includes the 2,400-seat Sanford and Dolores Ziff Ballet Opera House, the 2,200-seat John S. and James L. Knight Concert Hall, a 200-seat black box Carnival Studio Theater, the Peacock Education Center, a restored Carnival Art Deco Tower, and the Parker and Vann Thomson Plaza for the Arts, which unites the Center buildings across Biscayne Boulevard, providing a magnificent setting for outdoor entertainment and informal gatherings. The key members of the design team include theater planning and design consultant Joshua Dachs of Fisher Dachs Associates, Inc. and acoustician Russell Johnson of ARTEC, Inc., both of whom worked on the project since its inception.

The Adrienne Arsht Center is a Miami venue not only for its three resident companies (Florida Grand Opera, Miami City Ballet, and New World Symphony), but also for many smaller South Florida arts organizations that will perform in its theaters on a regular basis, as well as for the finest popular and classical performances from around the world. With state-of-the-art performance facilities in Miami for the first time, the Adrienne Arsht Center offers South Florida audiences the best and most diverse theater, music, and dance—with a dedication to entertain, challenge, and educate all segments of the community. For more information, visit www.arshtcenter.org.

About PerilloMusic
PerilloMusic was founded in 2006 by Ada Linares and has produced such diverse concerts as Snoop Dogg, Juan Luis Guerra, Ana Gabriel, Havana Nights, Tribute to Hector Lavoe, Diego El Cigala, Carlos Vives, Chayanne, Ricardo Arjona, Raphael, Gilberto Santa Rosa, Victor Manuelle, Celia, The Musical, Miami Libre, Slava’s Snowshow and, for the third year in a row, the Flamenco Festival Miami. Linares was a child flamenco star and is also the choreographer and director of Ballet Mediterraneo. PerilloMusic produces concerts and musicals in Miami and around the world.

All photos courtesy of the Arsht Center.