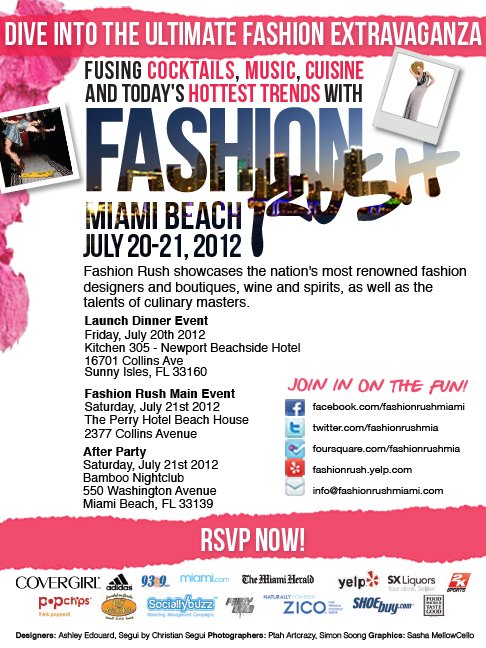 The FASHION RUSH event is a showcasing of the nation’s most renowned fashion designers and boutiques, encompassed with the talents of wine and spirits developers and culinary masters.  FASHION RUSH is devoted to opening up the doors of the fashion world through creative designer work that stimulates consumers’ senses.

This year’s event will be held at The Perry Hotel Beach House, formerly The Gansevoort Hotel on the sandy beach of South Beach, Florida.  A portion of proceeds will benefit A Child’s Hope Foundation, which benefits orphan children in countries such as South Korea, Haiti, China, and Peru.

12:00am – After party begins
Complimentary liquor provided by SX Liquors