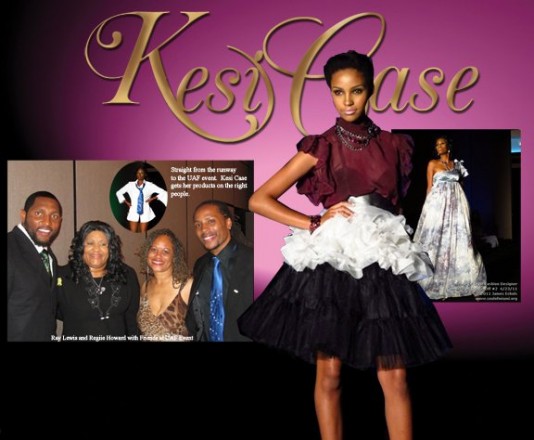 TransMedia (www.transmediagroup.com) will position Kesi Case as a bright new face making waves in the fashion world from Miami where she caters to sports figures, their spouses and other celebrities.  The firm said it will target an array of media outlets, including top fashion magazines, trade and women’s publications, men’s magazines, newspapers, bloggers and websites in a campaign that will include both social and traditional media outreach. The firm’s founder Tom Madden is leaving next week for Paris to arrange opportunities for showing her new line.

“What makes Kesi Case designs so special is her original way of combining culture with fashion,” said Michelle Du Preez, Director of Public Relations at TransMedia.  “Kesi reflects her own personal background and diversity as she sculpts a whole new clothing line,” she added.

TransMedia said its publicity will show Kesi’s creations ranging from trendy casual wear to couture evening gowns along with her hand painted, exquisite silks, lace and stones in exuberantly sophisticated and elegant designs, said Du Preez, who recently joined TransMedia from South Africa, which will be another publicity target for Kesi Case Designs.

“I selected TransMedia because its runway has led so many to stardom,” said Kesi Case.  “Their publicists have a talent for drawing national media attention to innovative beauty and fashion design and I expect they will build on my momentum in South Florida in taking my vision of style and fashion worldwide.”

Starting as Azuri Fashions design studio in 2002, as Kesi’s line evolved so did her desire to create her own label.  In 2004 owner/designer Kesi Case created a self-titled line known as “Kesi Case.” Kesi was born in Toronto, Ontario, raised in Jamaica and now lives in South Florida with her husband and daughter. Kesi has caught the attention of affluent trend setters in South Florida , for whom she styles, designs clothes and occasionally interiors of homes and night clubs.