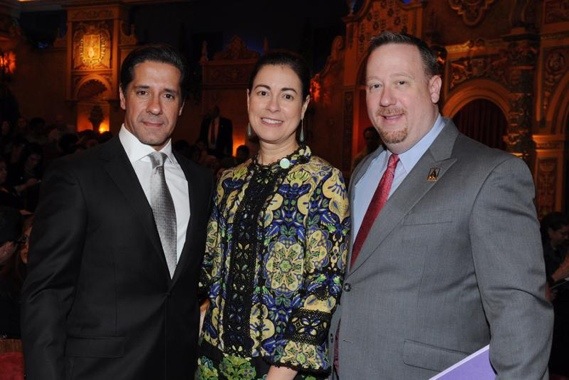 New World School of the Arts’ Rising Stars showcase was the topic of stimulating conversation for the more than 1600 guests that enjoyed the visual and performing arts shows. Lauded by Miami Herald’s Anne Tschida as, “…simply one of the best local shows around,” the Rising Stars exhibition gave way to the evening’s artistic marvel. The show, guest curated by Grela Orihuela of Wet Heat Project, was nothing short of spectacular. From NYC View from the Brooklyn Bridge, a beautiful rouge painting of the Big Apple Skyline, to Snow Prince, a diminutive and almost imperceptible clay statuette, the body of work encompassed the strongest submissions by the high school and college artists. 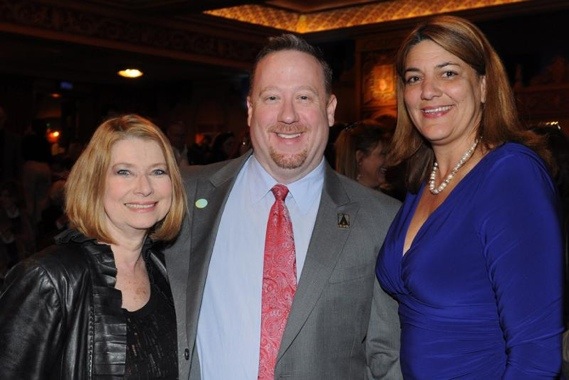 The 2013 Rising Stars performance, which opened to a minimalist shimmering set for Willkommen, from the musical “Cabaret,” instantly captivated the audience. The Emcee, played by NWSA alum Cristian Vanderpas, dressed in a white corset, tail tuxedo jacket and fishnet stockings, set the tone for an unforgettable Broadway-style evening, as he sensually swayed and beckoned the guests to “Leave your troubles outside!”

Act One continued with a troupe of seventeen graceful ballerinas, en pointe, performing Tuxedo Park choreography by NWSA’s Gerard Ebitz, set to the music of “Tuxedo Moon.” While the depths of inferno dominated the stage with a powerful rendition by three high school actors in No Exit, by Jean-Paul Sarte, the choreography that followed, entitled =, by college senior Stephanie Fuentes, left the audience spellbound as she and her partner, Johan Rivera, illustrated through their succinct movements and austere outfits, that man and woman are created equal – but not quite. It Couldn’t Please Me More, also from “Cabaret,” showcased Andres Maldonado (Herr Shultz) and Stephanie White (Fraulein Schneider) as they coquettishly serenaded each other over a priceless pineapple. Guest conductor Patrick Dupré Quigley, Artistic Director of Miami’s professional choir Seraphic Fire, led the 47-student choir as they sang Flower of Beauty and an excerpt from Gondoliers, followed by a vibrant rendition of Dvorak’s Symphony No. 8 in G Major, by the symphony orchestra conducted by Alfred Gershfeld. With a dash of savory spice and a pinch of fiery salsa, college seniors Vanessa Rubio and Natalia Coego delivered their comical monologues to close the first half of the show.

Duke Ellington’s Second Line launched the second half of Rising Stars, filling the house with high energy as jazz players from the high school program took on the stage to share their solos. As customary, the audience was then introduced to the Alumnus Award winner – this year representing the visual arts program – Michael Vasquez (BFA 2007), whose work has been the subject of numerous accolades nationally and abroad. After short introductions, and brief speeches in gratitude of those who made the evening possible, the performance continued with more than a dozen high school dancers meticulously offering Martha Graham’s Adorations, directed by NWSA’s Peter London. Just as exuberant, the wind ensemble’s interpretation of Dionysiaques Op. 4, a classic piece for wind band under the baton of Brent Mounger, yielded a standing ovation for the younger performers of the music program. Act Two continued to build momentum with Lily, an evocative modern dance by Kyle Abraham that pays homage to today’s Hip-Hop movement. Rising Stars climaxed as two humorous excerpts from Bernstein’s musical, “Wonderful Town” – Swing and Conga – brought forth the undeniable acting versatility of high school senior Rebecca Jimenez (Ruth), who delivered a hilarious comic performance, akin to a young star on the rise.

As the evening came to an end, the Gusman thundered with unending applause and minutes of standing ovation – an honest testament of the joy and pride the audience felt as dozens of young artists, some spilling into the audience, held hands, bowed their heads in gratitude and accepted the acclaim for their exceptional achievement… because after all, “We have no troubles here!” and at Rising Stars “…life is beautiful…” – Cabaret.