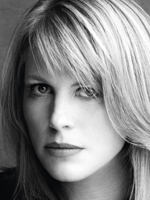 Michelle Obama’s every outfit and gesture—from her knack for mixing high fashion with affordable labels to her barefoot leap across the White House lawn—has incited scrutiny and sparked conversation. For good reason: as the first African American First Lady she is writing her own rules, establishing a new etiquette, and changing the definition of what it means to be a woman in America today. With her indelible style she changes mores and pronounces values. Her studied sophistication is trendsetting and inclusive. She embraces both style and substance.

Everyday Icon covers more than just what Michelle Obama is wearing. As a Time writer and former editor in chief of Harper’s Bazaar, Betts writes from the unique perspective of both a journalist and a fashion industry leader, providing the first real analysis of how Mrs. Obama has redefined American style.

KATE BETTS has been covering the world of style for twenty years, most recently as a contributing editor at Time and also as the editor of Time Style & Design. The youngest person ever to serve as editor in chief of Harper’s Bazaar, she was also the fashion news director at Vogue and the Paris bureau chief of Women’s Wear Daily.

Betts was recently named one of the Top 10 fashion editors by Forbes, and she has appeared on network and cable television regularly since 1993, including shows such as Charlie Rose, The View, Today, Good Morning, America, CNBC’s Power Lunch, and NPR’s MarketPlace. She has done regular reporting for CNN, covering fashion shows in New York, Paris, and Milan, as well as the Academy Award shows in Los Angeles. A graduate of Princeton University, Betts resides in New York City with her husband, the writer Chip Brown, and their two children.