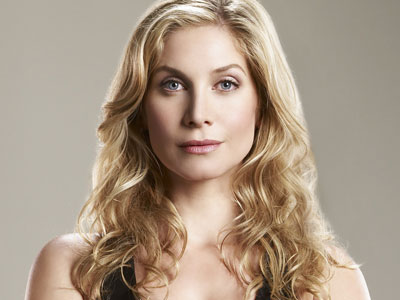 Emmy-nominee Elizabeth Mitchell ( THE DALE EARNHARDT STORY, LOST, ABC’s V) took some time to dish about her guest appearance on NBC’s Law & Order SVU. Mitchell plays a piano teacher who is accused of a terrible crime involving one of her students. 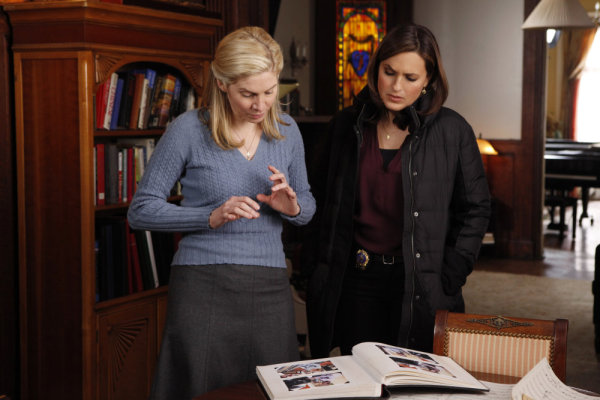 Was it intimidating for you to join the cast of SVU?

Elizabeth Mitchell: Intimidating, yes, I had done it once before and, yes, of course it always is when you’re going to be working with people that you admire and respect but I never really see it as an intimidation. It’s more just a challenge and an excitement I guess. So it’s always an honor, that’s for sure.

So what was the challenge of it?

Elizabeth Mitchell: The challenge is that you want to make sure that you keep your work to the high quality that they’ve already set really and that’s the fun of it really. I’ve been doing this, you know, probably, like, 30 years and I always like going into new places. It’s fun.

And there’s been an incredible list of actors who have appeared on the show. Have you considered  joining the team as a regular? And in the past and prior to this role, were you a fan?

Elizabeth Mitchell: I have been a fan many, many times. I do watch the show. I really like Law & Order. I like the way that it’s set up and I like the quality of the people that they get, which was kind of fun to be part of it at this point. But the – a regular, I don’t know, they don’t need it. They certainly don’t need me. They have so many wonderful people.

Tell us a little bit about your role in this upcoming episode?

Elizabeth Mitchell: It takes some twists and turns and I’d like to kind of have that – a little bit of the mystery kind of stay in there just because I think it’s more interesting for me as a viewer, as a fan to watch. But I play a piano teacher who is – given all appearances very good at her job. And she is accused of a really terrible crime involving one of her students. And we go down a road and we see her story unfold and it is – it’s horrific and it’s sad and it happens. So I think that’s pretty much what I can tell you but I do know that I was very intrigued by her and just how child-like she was. It was very interesting for me. And also the fact that I got to do so much with Jeremy Irons who was everything you’d want him to be. 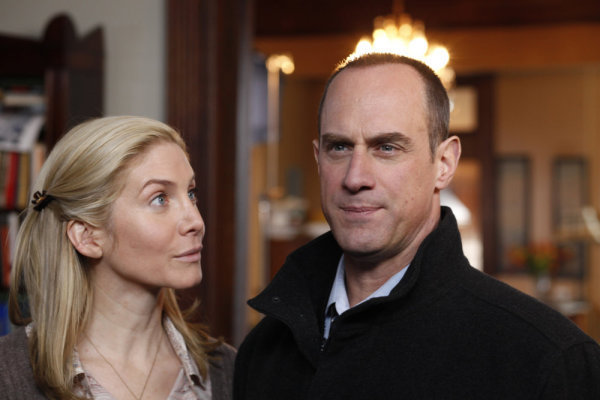 How did this role affect you?

Elizabeth Mitchell: I’m not someone who easily sheds things but I do kind of have to otherwise I go home to my family and I’m impossible. So I think that I felt like it was very sad. I felt like it was very toxic but I also felt intrigued by the idea of giving victims somewhat of a voice because in some ways this woman – in many ways this woman is an incredible victim. So that was intriguing to me. So I would let it go by the end of the day but I found it very weighty. I normally am a big flirt and I walk around set and I joke with everybody and I don’t think I made one joke. I was very serious and it was very important to me to be as honorable with the subject matter as I possibly could. And we all felt that way.

You are a big fan of sci-fi and you’ve been doing quite a lot of that lately. How easy is it to switch back and forth?

Elizabeth Mitchell: I find sci-fi to be wonderful because it is fanciful and much easier to not go home with the fact that I had to kill an alien that day but I find that beautiful words, well-written words, which has been the case for both of my times on Law & Order and also working for Neal on ER, are why I wanted to be an actor, why I love being an actor, what I studied when I was a kid, what I hoped for. So even given the tragic nature of the subject matter the words were beautiful, the scenes were beautiful. They had an incredible structure and I felt that there was an ease to the doing, and that’s not saying that my character was easy. I’m just saying there was an ease to the doing because it was really well-thought out. I don’t know if that helps you but that’s how I feel.

Can you tell us the difference between June Frye and the last time you were on as Andrea Brown.

Elizabeth Mitchell: I was thinking, how are they going to do that? How are they going to have me come back on? Even though it was so long ago but they’re – the woman I played before was a mother and that’s who she was at heart, that’s where her protection came from, that’s where her life came from, that is who she was if only for a very short period of time. And her actions were all because of that, her actions were out of love, in my way of thinking. Everyone will have a different point of view – and protection, there was no ego. It was all just protection and love. And the woman I am playing now is very much a victim who is still lost in the storm of that. She might – most certainly hasn’t made her way out of that storm. And as such you’re just talking about someone who is almost not fully formed as a person and is seeking all kinds of things. It’s like a case of Arrested Development. You’re dealing with a maternal adult and in my mind,  in this particular case with June you’re dealing almost with a child.

You have played several roles in your career, do you prefer to play the good guy or bad?

Elizabeth Mitchell: I’m funny and I always have been. I really kind of like playing heroes. I have a definite streak of wanting to be a really good person and a really good sister, and a really good mother. But I have found that – maybe it’s how I look. I get offered a lot of really complicated women and I actually like complicated. Complicated is interesting to me. So I don’t know if I could say good or bad because it’s my feeling that everyone in their life, and maybe that’s just how I am, searches to be the best they can be. It’s just at what so you have to be a little cautious. So I like both I think. I think there is something incredibly unique about going far outside of yourself. It enables you a kind of freedom that you don’t have if I were just playing myself. I’d be a little bit more guarded I think. 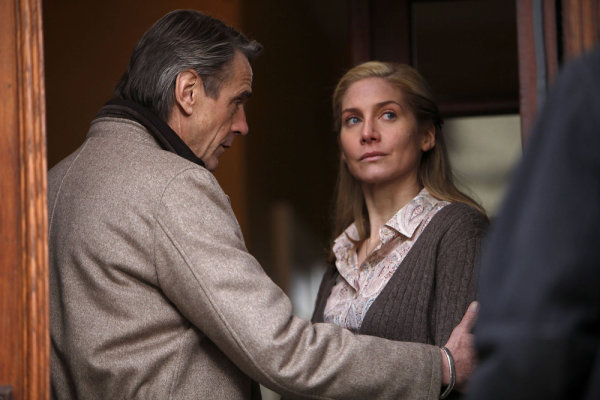