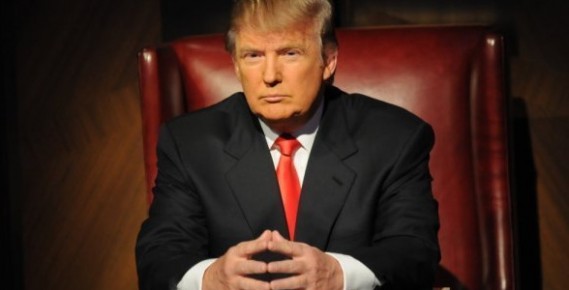 Have you been punked? Have you ever been punked by Donald Trump? Fade back 2013 I did an interview with Donald Trump in the midst of The Celebrity Apprentice mania . In all his modesty “the Donald” told me it was the number one show on Sunday and there was tremendous interest. More so other shows trying to mimic his platform failed miserable and quickly. You know, I had to pull that out of him, shy, modest guy, full of self-doubts and inner soul seeking. Per Donald, all the less than celebrity, celebrities were great and smart. Gee, no stench here of ever diminishing fame being desperately clutched.

I didn’t get something from it, the Donald lamented about Fox’s treatment of him during the Republican debate. Fox got 24 millions viewers and Donald pondered what he got out of it.   He boastfully conceded he deliberately gave money to politicians ( most of whom he now regards as “losers”) so that they would be beholden to him later. It is just part of capitalism, right. Yep, lets take a commonly held practice that undermines public confidence and aggrandize it as some wizardry for getting things done. Lets, just steal a kid’s lemonade stand and trump it up to corporate takeovers. Sorry, we don’t make evil less likely in the future by asking it over for dinner and proclaiming its cleverness. I think our President could at least gain a sense of morality, for the kids!

Great intellect or character does not require endless praise nor does it wield insults to extinguish those who disagree with it. Rather, it stands resolute to principles, not to one’s paycheck.  It welcomes criticism as an opportunity to define the strength of one’s positions. “Losers” is just a branding of those whom don’t embrace Donald’s preeminence. Paying homage to Mr. Trump is as mandatory as breathing the hot air that floats his hair to the left. Can I get an Amen.

Ok, so some of you feel I need to get real. We need a man or woman whom can get things done. He is a billionaire, very successful in business. Hmm so is Kim kardashian and Paris Hilton and  the Olsen twins. The guys in duck dynasty, seem to be doing great. It almost seems that on occasion making money can be achieved merely by having an eclectic/famous personality, by knowing the right people or just by being at the right place at the right time.

Donald Trump is a successful businessman, not Alexander Graham Bell or Bill Gates. Neither of them declared bankruptcy four times, Donald did ( oops just his cooperation). More so, when did building luxurious condominiums become a skill that prepares you to negotiate with Iran or even make you an expert on  monetary policy. Alas because I sold a lot of computers, does mean I understand binary code or how to improve energy transfer across a USB port.

But here is the thing, I love about Donald Trump. He is honest, tells it like it is. He is no shit-speaking Politician. He entertains me; I love to listen to him. I read everything about him. I wish I could spend a night hanging out with him. It’s almost embarrassing how the other candidates fade in his shadow. He totally rocks. I would donate money to keep him alive.

But, so does the cast  on Love and hip hop.  My old dog sparky was a joy to watch and he was pretty smart for a dog. So, here it is people ..listen up … We are talking about the President. One thing the President does not have to be is an unfiltered spout of his emotions, opinions and insults. If you piss off Putin or Kim Jong-eun  as a boast, we just might wake up in a war and Donald is no hero. He was a draft avoider, he bought his way out of war …  three student deferments capped by a  “medical condition” a bone spur in his feet.

Yes, the other candidates are not fun…  they have plans ..boo hoo. They don’t make me laugh. They make me fall asleep. They are careful in their words . They suck as entertainers.

You see size matters. The size and details of your plan, the boring details about its execution and implementation. I am “fiercely military “ is not a plan it is an ode to ignorance because it truncates our protection to a slogan instead of a set of pragmatic steps to maintain a strong military without bankrupting the country , without interdicting ourselves into others business whom hate us.

I don’t think Donald Trump hates Mexicans nor does he think most are criminals. I believe he appreciates war heroes and honors their sacrifice, even if they are captured. He clearly loves woman, and I doubt he treats them any worse than men whom he perceives don’t think he is the bomb.

The insanity of Trump for President , is not what he has said. He spoke his mind awkwardly and without filters. Good for him.. sort of. The problem with Donald Trump is what he has not said. He has said nothing. All he has put forth are glib slogans, general platitudes, and name-droppings of business titans.  He has no plan; he just screams bad words at church and everyone giggles. He is the buffoon we look forward to every Sunday to interrupt the hackney sermon’s of others.  We laugh at the expense of others, praise his rude boldness, and somehow it is inevitable lost that solutions matter.

Let’s dig deep, and find a brain.  Lets not get punked. Lets not leave the button for the bomb in Ray Jay or Donald Trump. It might not be entertaining.