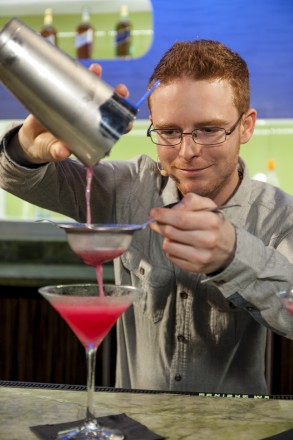 Following the creation of a new Diageo GTME cruise line partnership for 2013, the GTME final featured the best bartending talent from Princess Cruises and Norwegian Cruise Line. Dominic and his fellow competitors were tested on their bartending knowledge, skill and showmanship behind the bar. Dominic, set to leave an indelible mark in the world of cruise line fine cocktails, truly impressed judges with his signature drink.

Dominic Laverty commented: “I’m thrilled to have won the GTME Diageo Reserve WORLD CLASS final and excited to have been selected from so many talented cruise line bartenders to take part in the global grand finale of one of the world’s most prestigious mixology competitions. WORLD CLASS is taking on-board bartending to a whole new level and to represent the cruise line sector and Diageo GTME at the grand finale is a dream come true.” 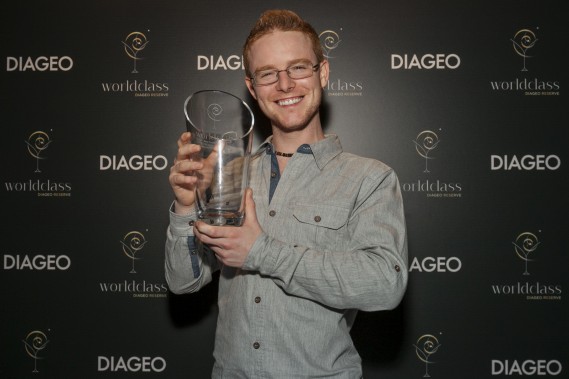 Dominic will go on to compete against the world’s best bartenders from over 50 countries at the WORLD CLASS Global Final 4th – 9th July. Held aboard a boutique cruise ship1, the voyage begins on the French Riviera and will include stopovers in some of the Mediterranean’s most iconic and chic destinations including St Tropez and Ibiza. Dominic will be vying for the coveted title of Diageo Reserve WORLD CLASS Bartender of the Year.

Peter Tobler, Vice President, Food and Beverage Operations, Princess Cruises noted: “We are excited that a key member of our beverage team, Dominic, has been selected to go forward to the global final. We’re really proud that hewill be representing Princess Cruises in such a prestigious global mixology competition and we wish him the best of luck in the final competition this July.” He continued: “Thanks to our WORLD CLASS partnership with Diageo GTME, we are pleased that we will be able to surprise and delight our cruise guests with a winning blend of the world’s finest luxury spirits and the latest cocktail trends in order to enhance their fine drinking experience on-board our ships.”

If Dominic is successful at the Global Final, becoming the Diageo Reserve WORLD CLASS Bartender of the Year will set him on a life changing journey.

Previous winners of Diageo Reserve WORLD CLASS Bartender of the Year have become recognized industry names, travelling the globe as WORLD CLASS Ambassadors, participating in international high-profile events and have gone on to receive numerous accolades. Following his win in 2010, Erik Lorincz, personally worked as a consultant and head bartender for Petra Ecclestone’s lavish wedding, as a consultant on the casino scene for the latest James Bond film Skyfall and worked with Cartier to create a signature cocktail for a new product launch. 2012 winner Tim Philips has opened his own bar, Bulletin Place, to critical acclaim and is currently working with celebrated Australian chefs Colin Fassnidge, Wayd Bailey and Eric Pernoud to create a six-course WORLD CLASS cocktail and food pairing menu that will be served at the Noosa Food and Wine Festival in May.