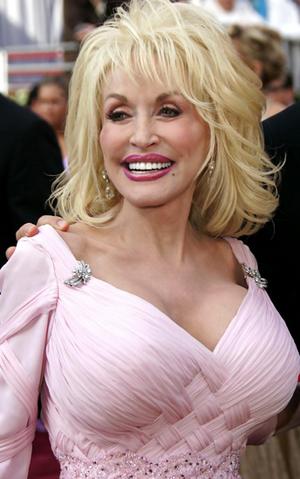 One of the most successful female country artists of all time, garnering the title of “The Queen of Country Music,” Dolly Parton has topped the charts too many times to count and won myriads of awards and accolades from the People’s Choice Awards, Grammys, Academy of Country Music Association, CMT Video Awards, Billboard, and even Soul Train.  In fact, it’s difficult to find a country performer who has transcended her country roots into international fame more successfully than Dolly Parton. Among her cherished classics are “Coat of Many Colors,” “Jolene,” “Kentucky Gambler,” “I Will Always Love You,” “But You Know I Love You” and “Tennessee Homesick Blues.”

From her self-described “dirt-poor” roots of poverty growing up as one of 12 children on a run-down farm in Locust Ridge, Tennessee, Parton strived to make a name for herself. At 12 years old, she was appearing on Knoxville television; at 13 she was recording on a small label and appearing on the Grand Ole Opry. Her 1967 hit “Dumb Blonde” caught Porter Wagoner’s ear, and he hired Parton to appear on his television show, where their duet numbers became famous. By the time her “Joshua” reached number one in 1970, Parton’s fame had overshadowed her boss’, and she had struck out on her own, though she still recorded duets with him.

During the mid-’70s, she established herself as a country superstar with #1 hits like “I Will Always Love You” (1974),  “The Bargain Store” (1975) and “Here You Come Again” (1977). From 1974 to 1980, she consistently charted in the country Top Ten, with no less than eight singles reaching number one. Parton even had her own syndicated television show, Dolly, in 1976.  In addition to her own hits during the late ’70s, many artists, from Rose Maddox and Kitty Wells to Olivia Newton-John, Emmylou Harris and Linda Ronstadt, covered her songs.

Parton’s commercial success continued to grow during 1980, as she had three #1 hits in a row – the Donna Summer-written “Starting Over Again,” “Old Flames (Can’t Hold a Candle to You),” and “9 to 5.” The latter was the #1 pop theme song to Parton’s acting debut, 9 to 5, which also starred Jane Fonda and Lily Tomlin. Parton’s film career momentum rose with the Burt Reynolds musical The Best Little Whorehouse in Texas (1982) and the Sylvester Stallone comedy Rhinestone (1984) while her musical career simultaneously soared with 12 Top Ten hits ; half of those were #1 singles between 1981 and 85.

She also continued to explore new business and entertainment ventures such as her Dollywood theme park, which opened in 1985.

In 1994, Parton published her autobiography, My Life and Other Unfinished Business. More albums followed including her first mainstream country album in nearly 20 years, Backwoods Barbie (2008). Her 2011 and 41st studio career release is the critically acclaimed Better Day.

Tickets cost $104, $84, $64 and $44*; all seats are available at the Hard Rock Live Box Office, Tuesday – Saturday from noon – 6 p.m. and Sunday – Monday only open on event days at noon. Tickets also are available at all Ticketmaster outlets online at www.ticketmaster.com or charge by phone: 1-800-745-3000. Doors open one-hour prior to show start time. *Additional fees may apply.