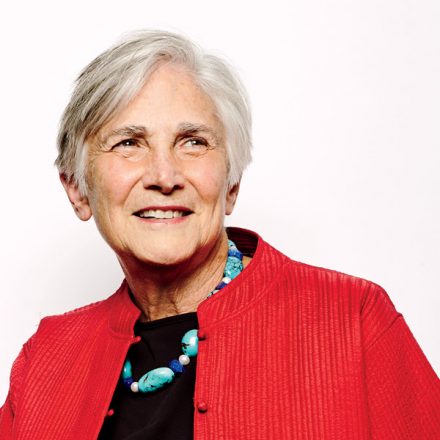 Meet
DIANE RAVITCH
In conversation with United Teachers of Dade President
KARLA HERNANDEZ-MATS
discussing
Slaying Goliath:
The Passionate Resistance to Privatization and the Fight to Save America’s Public Schools

Diane Ravitch’s new book is a follow-up to her previous book, Reign of Error about the threat to public education by privateers and the grassroots movement in response to defend the institution of public education. Ravitch writes of those who have privatized the schools, the Disrupters, who believe America’s schools should be run like businesses and are intent on promoting the privatization of one of our most valued public institutions.

In Slaying Goliath she also goes on to lay out the facts showing that the ideas put forth by school privateers have failed, and a volunteer army–“the Resisters”– has sprung up from across the country fighting back to successfully keep alive their public schools.

Many big moments in this crusade against the privatizing of public education have taken place in Florida, and that’s why Diane is in Miami and at Books & Books! Come out and learn more about this important discussion.

Karla Hernández-Mats is the president of the United Teachers of Dade, the largest teachers’ union in the southeastern United States. Mrs. Hernández-Mats served her first term as president from 2016-2019 and was elected for a second term by 73 percent. Prior to becoming president, Mrs. Hernández-Mats served as UTD’s Secretary/Treasurer from 2013-2016. In 2018, Mrs. Hernandez-Mats led the charge to mobilize teachers and the Miami-Dade community, helping to pass Referendum #362, an initiative put forth by the United Teachers of Dade to give public school teachers a salary raise and improve security in schools.

To date, this is the largest pay increase in the history of Miami-Dade County Public Schools, garnering support from more than 70 percent of Miami-Dade voters.