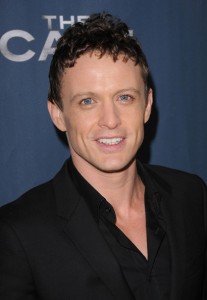 From the producing team of Gail Berman and Lloyd Braun comes “The Cape,” about a man who lost everything and is about to take it all back.

David Lyons (“ER”) stars as Vince Faraday, a cop framed for crimes he did not commit, forcing him to team up with a group of carnival misfits to take a new identity, fight crime and win his family back. Fueled by a desire to reunite with his wife, Dana (Jennifer Ferrin, “Life on Mars”) and son, Trip (Ryan Wynott, “Flash Forward”), Faraday becomes “The Cape” – his son’s favorite comic book superhero – taking the law into his own hands and battling the criminal forces that have overtaken Palm City.

Most recently, Lyons completed a lead role in the Australian feature film “Swerve,” as well as a high-impact cameo opposite Julia Roberts in the Columbia Pictures film “Eat, Pray, Love.”

In 2009, Lyons played a lead role in NBC’s pilot “Day One” and also starred as the charismatic Dr. Simon Brenner in season 15 of the long-running NBC series “ER.” That same year, Lyons also starred as E.T. Holiday in Australia’s Nine Network action series “Sea Patrol” and as convicted murderer Gordon Wood in the Network Ten movie “A Model Daughter: The Killing of Caroline Byrne.”

Mondays at 9pm on NBC

Can you talk a little bit about your superhero growing up as a kid and what attracted you the most to play this role as the Cape?

David Lyons: Well, I think that two-pronged question is kind of interesting, because as a kid, I don’t specifically remember having a superhero that I was attached to. Obviously, Superman, Christopher Reeve’s Superman, was something that was in the forefront of my mind, and also Star Wars and Hans Solo and those sort of guys. But in terms of approaching this, I didn’t really view the character, Vince Faraday, as a superhero. He was more the everyman that’s caught in an environment that is so extreme that has to go to an extreme length in order to reclaim what it is that he’s lost. And as far as blending my childhood with the current, it’s – I think I was kind of more obsessed with the everyday heroes — the concept of ordinary people doing the extraordinary — and that’s kind of how I’ve approached Vince Faraday as a character. I wasn’t a Sci-Fi comic book fan, and what attracted me to it was knowing that it was a Sci-Fi comic book genre, at the heart of it was a very, very real family. And so the way I approached the script was the same way I approached the character — was not in terms of being a superhero. It was in terms of being a family man that’s torn away from everything that he loves and he’s using this last vestige of hope in order to get it all back. So it’s kind of been a really interesting and steep learning curve for me in terms of the genre of the world and the mythology of these worlds, but one which has been incredibly enjoyable and quite a huge eye-opener and quite a thrill. 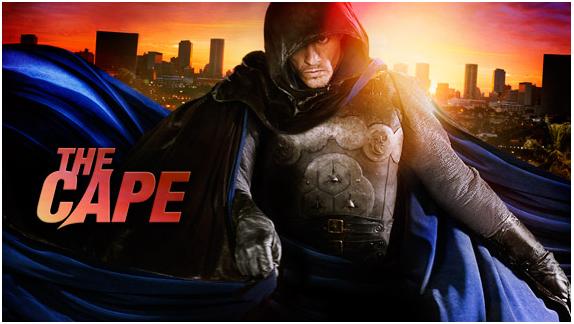 What are some of the physical challenges you’ve faced so far with this role and did you do any training prior to stepping into the Cape character?

David Lyons: Yes, it’s been incredibly physically demanding — fully more so than any other role that I’ve ever taken on. Prior to starting the pilot, I was training with a fight choreography crew called 8711 that work in mixed martial arts. So for the – every moment that I had spare was down there on – working the bags, working with different stuntees just trying to get basic choreography and a fight style down for Vince Faraday. Every fighter has their own technique, and he’s got a particular one, which kind of comes from a military background, so we’re kind of focusing on close-quarter combat and things like that. And so outside of the role itself, which is kind of physically demanding in terms of just around and being fairly active, there is this quite intricate fighting choreography that we have to go through, so it was quite a process. And it’s a process that I’m still very much entrenched in and still learning my limitations as well as Vince Faraday’s limitations. It’s not easy. It’s – to be honest, I mean, I don’t think any superhero custom, other than, say, Superman – well, I guess Spiderman has a bit of maneuverability as well. But in terms of just the way it’s constructed and so on, it’s a little bit more like the shining armor of a night as opposed to the Lycra flexibility of a Superman costume. Which is based on – the mythology of the world is that he uses a breastplate — an old Samurai breastplate — their leather pants, their big boots, and on top of that, it’s a mask and a cape. So in terms of, like, maneuverability, everything that you see the way he moves is the way he actually moves. I’m not putting anything on. There’s no posturing. It’s – and the fight scenes are all done in that – with all those things in mind as well. So it is difficult, but it’s something that the character, Vince Faraday, is learning to maneuver in as much as the actor, David Lyons, is.