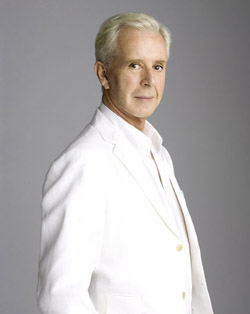 Buoyant and entertaining, this melding of memoir and fiction recounts with humor and candid observation a gay man’s romances in his seventies, offering insight into the joys (and a few of the sorrows) of loving, living, and aging with grace, style, and a fearless sense of fun.

Bouncing between Montevideo, New York, and Paris, the narrator reveals his adventurous life, his many lovers, his varied careers from dance to advertising, and the upbeat outlook that sustains him as he pursues the elusive Fenil, a handsome Uruguayan policeman.

David Leddick’s short sketches, interspersed with memories, attitudes, and opinions drawn from the past, combine in a vivid tale of a life lived with panache at an age when most people think the adventure has already ended.

David Leddick is known world-wide for his novels and homoerotic art books. The author of the Lambda Award-winning books: Naked Men and The Male Nude, David Leddick has published no less than 19 works. Leddick has also written musicals with Andrew Sargent as composer: “The Secrets of the Chorus”, “Quentin and I’, “Presenting Gilda Lilly” and “Escorts…The Docu-Musical” in which he starred. Most recently he appeared in “Some Men” at the Rising Action Theatre in Ft. Lauderdale, Florida. Previously he has been an officer in the U.S. Navy, danced at the Metropolitan Opera in New York, directed TV commercials and was the Worldwide Creative Director for Revlon at Grey Advertising and International Creative Director for L’Oreal at McCann-Erickson