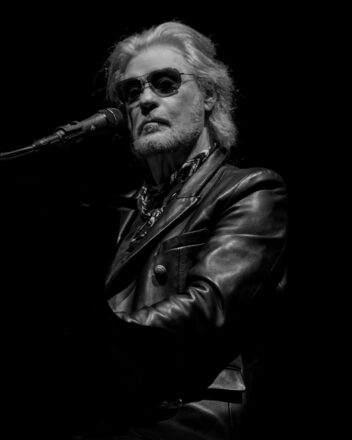 Tickets go on sale Friday, May 20 at 10 a.m. ET and start at $60. Fans can access venue presale on Thursday, May 19 at 10 a.m. through SeminoleHard Rock Hollywood’s Facebook and Twitter pages. Tickets are available at www.myhrl.com. Doors open one hour prior to show time. Additional fees may apply.

The tour launched simultaneously as Daryl Hall’s two-disc set “BeforeAfter” was released by Legacy Recordings on April 1. Compiled and sequenced by Hall, the album features 30 tracks spanning all five of his solo albums, from the 1980’s Robert Fripp-produced “Sacred Songs” through 2011’s “Laughing Down Crying,” which was co-produced with longtime Hall compatriot T-Bone Wolk, who sadly passed before the album was released. The collection also features six never-released performances from the path-breaking web and television series “Live From Daryl’s House,” including a recording of the Eurythmics classic “Here Comes The Rain Again,” performed with the song’s co-writer and longtime Hall friend and collaborator Dave Stewart, a harmonious version of the Ruby and The Romantics chart-topper “Our Day Will Come,” and “Can We Still be Friends” with friend and tour mate Todd Rundgren. Hall launched the series in 2007 with the then-novel idea of “playing with my friends and putting it up on the internet.”

Taken as a whole, “BeforeAfter” draws unexpected and satisfying connections between the esoteric and accessible sides of Hall’s creativity.