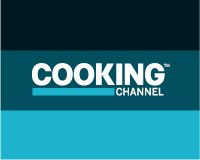 Hot on the heels of Cooking Channel’s recent launch, the network presents a fresh batch of original programming this July to satisfy the food-loving audience.  From the best local produce on Emeril’s Fresh Food Fast to Michael Symon’s culinary skills on Cook Like an Iron Chef, these shows explore new tastes and techniques with a twist. Also debuting in July is Spice Goddess, host Bal Arneson’s take on Indian cuisine, and the all-access, behind-the-scenes show The Next Food Network Star After Party.

Premieres: Saturday, July 10 at 11am EST

Host Bal Arneson demonstrates the power of using the right blend of spices and fresh, wholesome ingredients to prepare delicious, healthy Indian cuisine. Bal demystifies the art of Indian cooking and demonstrates how easy it is to whip up delectable meals with a few simple ingredients.

Emeril joins a few celebrity friends to show viewers how to pick up local produce and serve up something delicious in mere minutes. Fresh Food Fast gives the audience the inside scoop on how to make great meals without spending a lot of time in the kitchen.

THE NEXT FOOD NETWORK STAR AFTER PARTY

For all The Next Food Network Star viewers who want more, this all-access show will recap the night’s new episode and feature Food Network personalities Adam Gertler, Sunny Anderson, former Star fan favorite Kelsey Nixon.  From exclusive interviews with the contestants voted off to true stories about the behind-the-scenes drama, this is an after-party not to be missed.

Iron Chef Michael Symon takes viewers behind Kitchen Stadium to share unprecedented access into his creative process and technique.  Each week, he takes on a different “secret ingredient” and creates new, innovative recipes.  He arms viewers with an arsenal of dishes that deliver perfect scores for taste, presentation and creativity to help them win over the discerning judges at their own kitchen table.