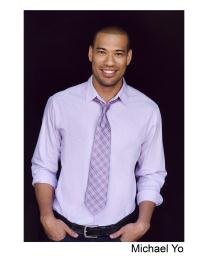 application deadline of July 23
The final round public event on Aug. 23

Seminole Casino Hollywood has confirmed a panel of judges including at least two national celebrities for the “Face of Classic $100,000 Dream Job Giveaway,” South Florida’s most talked-about job competition. During the final elimination round public event in August, comedian Jimmie Walker and celebrity correspondent Michael Yo will help determine who’ll be chosen as “The Face of Classic.” With the application deadline of July 23 quickly approaching, competitors will need to submit their applications soon!

Actor, comedian and writer, Jimmie Walker is most recognized as the former “Dy-no-mite!” star of the groundbreaking 1970s CBS TV sitcom, Good Times. Walker also appeared on the 1986 sitcom “Bustin Loose,” “Blossom,” “Dream On”, “The Larry Sanders Show,” “Night Stand,” and “In The House.” His big screen roles have included the movies: “Airplane,” “Let’s Do It Again,” and “Home Alone 2.” Time magazine named him Comedian of the Decade in 1969; he was the recipient of the first annual NAACP Image Award, and was nominated for a Cable Ace Award for one of his four Showtime specials. Today he tours the country up to 40 weeks a year doing stand-up at comedy clubs across America, performs on late night TV (“The Late Show with David Letterman” more than 26 times; “Politically Incorrect” 15 times; ‘The Tonight Show With Jay Leno” and others.) In his spare time he writes scripts for TV and movies. He has also written articles on race and entertainment for both The Wall Street Journal and Los Angeles Times. He’s worked for a number of talk radio stations across the country and can be currently heard on Huskeradio 1290 KKAR.

Michael Yo, the self-proclaimed “half-black brother with a Korean mother,” has been a celebrity correspondent for E! News since 2008, was the host of the popular live satellite radio show “Yo on E!,” regularly appears as a round table panelist on Chelsea Lately and can often be seen as a Hollywood expert on CNN, FOX and MSNBC. While in his second hometown of Miami, Yo is both the afternoon drive host and music director of Y100’s Michael Yo Show. He’s currently appearing as a stand-up comic at numerous comedy clubs across the U.S., including Improv’s, Stand-Up Live Phoenix, Palms Hotel, The Comedy Store, Laugh Factory and Gotham.

“Face of Classic” hopefuls should hurry to download an application at www.faceofclassic.com, and turn it in completed at the Seminole Casino Hollywood Player’s Club no later than Sat., July 23.

Candidates chosen from the first round that was held on June 11 and 12 will return on July 30 and July 31 for a second interview. On Aug. 14, a second call-back of approximately 75 finalists will complete a mock photo shoot, a voice-over, and be further interviewed. The final round public event on Aug. 23 will consist of interviews by the judges with the top 10 finalists, and the “Face of Classic” winner will be chosen.

The winner will be involved in multiple TV, print, and billboard advertising photo shoots, attend all of the casino’s community and special events, co-host the majority of promotions on the property, perform all casino intercom announcements, conduct a radio publicity tour, host the casino’s  Facebook account, post YouTube videos, and write daily tweets.

In addition to a guaranteed salary of $75,000, the winning job candidate will drive a new automobile with free gasoline; have a $6,000 wardrobe expense account; receive a $2,500 photo and video shoot portfolio; get free food for the year, a special parking space at the casino, and more. The nine other finalists will receive $1,000 in cash, $250 in free casino play, and a photo shoot portfolio they can use at their next job interview.

Applicants must be 21 years old, a U.S. citizen, have a valid driver’s license, have at least a high school education, and be able speak English fluently and clearly. Casino experience is not necessary.