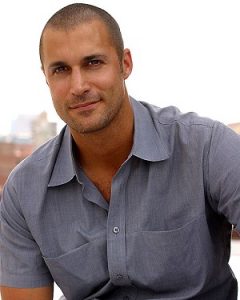 VIP cocktail party, photography exhibit and photo shoot sponsored by a veritable who’s who of Miami’s culinary, cultural and hospitality luminaries. The event is a celebration of seals and the more than 70 compassionate restaurants in Miami who are working together with The Humane Society of the United States to encourage Canada to end its commercial seal slaughter. Celebrity photographer and Judge of America’s Next Top model, Nigel Barker, will begin the festivities with a photo shoot of participating chefs.

Who: Appetizers will be prepared by: Jonathan Eismann; Pacific Time, Fin, Q, and PizzaVolante and by Graspa Group; Mai Tardi, The News Lounge, Van Dyke, TiramesU, Spris and Segafredo on Lincoln Road

Background: The HSUS will be honoring the local chefs and restaurants who have joined the boycott of Canadian seafood and are working to put an end to Canada’s commercial seal kill. By shifting their seafood purchasing away from Canada, they are letting Canada’s fishing industry know that they – along with millions of Americans – think that the commercial seal hunt is inconsistent with responsible, humane marine stewardship. They are joined in this effort by thousands of restaurants and hundreds of thousands of individuals across North America and Europe. Nigel Barker, noted photographer and judge on “America’s Next Top Model,” is a spokesperson for the campaign. Barker accompanied HSUS staff to the ice floes in spring 2008 to photograph the seal nursery and document the hunt.

For more information on The HSUS’ ProtectSeals campaign visit www.humanesociety.org/protectseals

The Humane Society of the United States is the nation’s largest animal protection organization — backed by 11 million Americans, or one of every 28. For more than a half-century, The HSUS has been fighting for the protection of all animals through advocacy, education, and hands-on programs. Celebrating animals and confronting cruelty — On the web at www.humanesociety.org.

Chefs for Seals is an informal group of chefs whose passion for the seal issue has propelled us to host events designed to raise public awareness about the plight of seals targeted in Canada’s annual commercial seal hunt. Working with The HSUS, we are dedicated to spreading the word that by boycotting Canadian seafood we can enact change with pressure on the industry that orchestrates the hunt. The first Chefs for Seals event was organized by Meshelle and Cathal Armstrong (Restaurant Eve, Alexandria, Va.) and hosted by chefs in Washington DC in July 2009 –