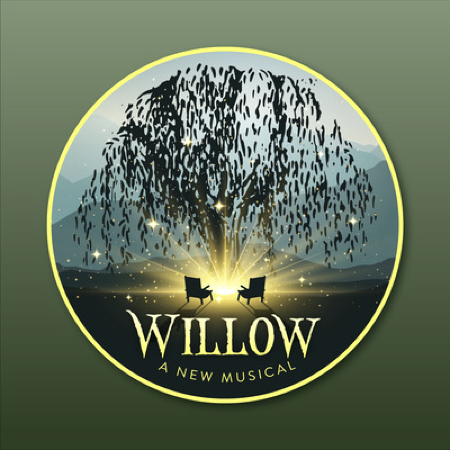 Broadway Records announced today a three-album partnership with the creators of the Averno Universe, a fictional universe that lives across several media platforms. Broadway Records will release the concept recording of Willow, the first of three albums in the Averno musical series, on September 25th. Two more albums, Bittersummer and Over and Out, will be released later this year. Created by young composers and TikTok stars Morgan Smith, Abigail Greenwood, and Sushi Soucy, Averno is a worldwide internet phenomenon where teens have found a safe haven in the times of quarantine. To sign up to be notified of the release, go to BroadwayRecords.com.

In the fall of 2019, theatre artist and writer Morgan Smith created Averno – an immersive, interactive universe of interlocking musicals, comics, novels, and virtual reality centered around a single town in the south. When COVID-19 hit, the team expanded to include 60 other artists from 14 countries, including composers Abigail Greenwood and Sushi Soucy. They shared one goal: create a form of theatre-oriented media that is not only producible in the COVID era, but that thrives in it. Since then, Averno has exploded into an online phenomenon, with over 100k followers across platforms, tens of thousands of participants in online events, and an international planning and development team formed to plan 13 musicals, as well as TV shows, films, comics, graphic novels, and fantasy series all set in Averno. With an innovative transmedia design approach that focuses on cross-platform expansion and truly immersive content, Averno has gripped the online-based arts industry, creating a universe that fans have flocked to in a matter of months – and this is only the beginning. To learn more about Averno, you can discover the universe on Instagram at @avernotown or TikTok on @avernomusicals.

Morgan Smith is a 21-year-old writer, model, and activist, and social media influencer whose writings have been published in the US and internationally, winning over 20 national awards. Bookwriter of Oceanborn, an internet-famous musical called “sweeping and confident” by the New York Times, and Averno, Morgan’s writing is thoroughly entrenched in the mythic women of past and present. They are an experiential storytelling designer, a fandom creator, a medieval history literature specialist, and an avid proponent of fairy-tale revolution.  They have studied at Juilliard, Yale, MIT, and NYU. TikTok: @mythweaver_

Abigail Greenwood is a 16-year-old composer, lyricist, musician, and performer whose musicals went viral on Instagram, YouTube, and TikTok (200k followers). They are experienced in teaching the art of writing musical theatre through their online intensive “Future Broadway Creators”, which they co-run with writing partner Morgan Smith. Their first musical, “Antonia” (The Marie Antoinette Musical) was featured at the Florence Little Theatre in South Carolina when they were 15 years old, and recently their work has been featured at the New York Theatre Barn. They are the lead composer of Averno. TikTok: @abiwritesmusicals

Sushi Soucy is a 17-year-old Savannah, Georgia based composer/playwright/actor. They have written over 17 musicals and produced two albums plus a single. They are a part of a professional improv troupe called “Odd Lot Improv”, perform in “Savannah Shakes” productions, and they have been an assistant stage manager for an equity production of “Around the World in 80 Days”. They also wrote and directed an award-winning short film for the 48-hour film festival in Savannah. @thenames_sushi

Get social with Broadway Records: