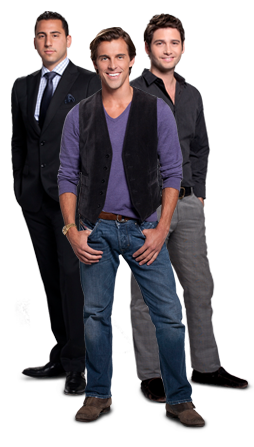 In a real estate market filled with sharks and cut throat personas only the smartest, most knowledgeable and the savviest make the deal. And the bad boys of real estate have returned for a fourth season on Bravo with drama, new blood, and Bravo’s “Million Dollar Listing” history.

Josh Altman joins the original cast of  Bravo’s “Million Dollar Listing”, real estate moguls Josh Flagg and Madison Hildebrand in a very competitive market to sell some of the most expensive houses in the country.

Considered as one of the most successful agents in Beverly Hills, Hollywood Hills real estate market, Josh Altman is the new replacement for Chad Rogers. The young, savvy and aggressive, Altman represents clients such as Paris Hilton, professional athletes, among others.

These ‘Bad Boys’ of real estate are pulling out all the stops to close the deal in order to make the big money. Before they can enjoy those sweet rewards, they have to meet clients high demands and expectations, and throw a few darts at each other to eliminate the competition. These young real estate experts pride themselves on hard work, knowledge of the industry and homes, and catering  to their clients demands help them to succeed and stay on top.

Despite their back stories, the drama, client demands and expectations, in the end it is all about closing the deal or making the sale. 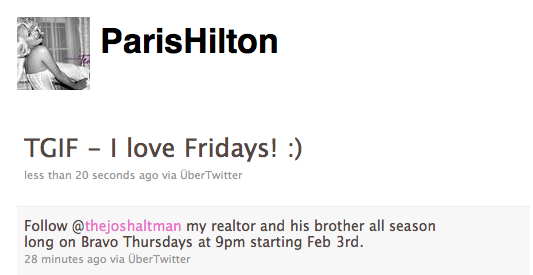 In an exclusive interview with these ‘Bad Boys’, Josh Altman boasts of his selling gimmicks and that for the first time on Bravo’s “Million Dollar Listing”, as the new guy his sale will be the most expensive sale featured on the show, Josh Flagg talks about his new book while Madison also shares a bit about his feud with troublemaker Josh A., and the opportunities the show has brought him.

“Million Dollar Listing” follows the lives of three of Los Angeles’ hottest, young and aggressive real estate magnates in the making as they make a fortune selling multi-million dollar properties in the most exclusive neighborhoods – Hollywood, Malibu and Beverly Hills. With the economy still in a slump, Josh Altman, Josh Flagg and Madison must fight for their share of the market and the competition is intense. Season four follows the agents as they deal with some of the most demanding clients they have ever encountered. They are pushed to the limit and struggle to manage their personal lives while also trying to move some of the most magnificent and most expensive homes in the City of Angels.

Josh Altman’s latest sale in Beverly Park for $16,500,000 is the sixth highest sale in LA County in 2010. Tune in to find out if this will be the property featured on the upcoming season. 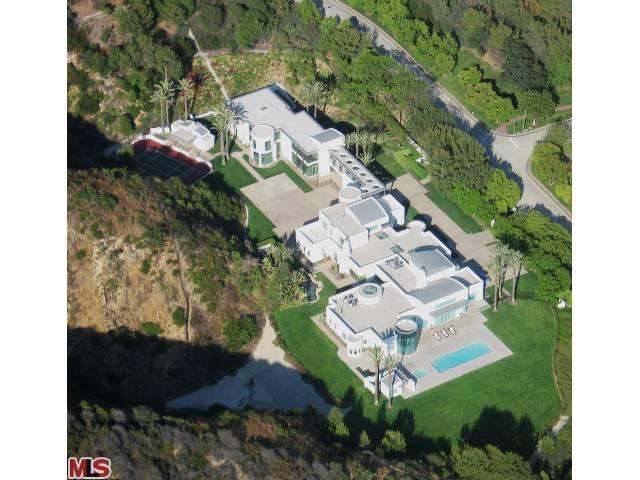 The fourth season premieres on Bravo on Thursday, February 3 at 10 p.m. ET/PT.

Josh, you are the new guy. How are you being treated so far?

Josh Altman: I get along with everyone who matters in my life, my clients, my associates. These guys on the other hand, let’s just say I bring a whole new selling style to the show and a new set of properties to the show.

You are successful in the real estate market, at a very difficult time in our economy. Do you get the sense that the veterans or older agents are somewhat jealous of your success?

Josh Flagg: Absolutely. When you are young and successful you develop a reputation that people who are not as successful, that are older look at you and think why are they making money and we are not. Yes, there is a lot of jealousy amongst people that are older who have not done what you are doing when they were younger.

Josh Altman: The best part about a down market, is half the people that don’t belong in this business got out, because the second it got a little hard they left which is great because we didn’t need them in the business anyways. There are more deals out there and more money to be made right now. This is the time when millionaires become multi-millionaires, and the wealthy people which is in the majority of what we do out here in Beverly Hills all the way to Malibu – they are cleaning up. They are getting the deals of their life; a $40 million house four years ago is now $20 million and they are jumping all over it.

Madison Hildebrand: I try not to pay attention to the negative things. If someone has a problem with anything, they need to go figure it out. That is how I work when it comes to my sexuality, and my business. I would love to share anything that I have learned, and I would love to give it back. I don’t want anyone to be jealous or upset. There is just not enough time for those kind of things.

Do you think a solid educational background is important in real estate?

Madison Hildebrand: Absolutely. I am always an advocate of education. I have a background in advertising, and I think that was instrumental with me being able to build my brand and my career. I always think you can further your education and learn more, and it definitely applies to real estate.

Josh Altman: We are in a sales business. I don’t care if you went to Harvard or a school that nobody has ever heard of. If you are a good sales person, you get along with people, know how to relate to people, know the inventory, then you become an expert in the business, and you can be hugely successful. It has nothing to do with real education. I went to Syracuse University, I got a great education but none of that – once you are in Beverly Hills, Hollywood Hills or Malibu everyone is a shark. You are working with the best of the best and the wealthiest in the country. If you think you are coming out here to sell a couple of houses an

Josh Flagg: The most important thing for them to know is the inventory, that is what really impresses people the most. When you are going up to a listing appointment and you can tell them what’s sold in the neighborhood and what haven’t sold, who owns what house, etc., that is what really impresses them. These are things you do not learn having as a part time job. This is something I have being studying since I was twelve, because that’s what I was interested in. You can ask me anything about a particular neighborhood and I can give you full details.

Why are you so successful and what sets you apart from the pack?

Madison Hildebrand: Networking, doing all the things that other people want to slack off on; that is how you pick up the paces.

Josh Altman: The reason for my success is because I love what I do. I would be doing it either way if I was getting paid or not. if you don’t like what you do, you’re never really going to be successful. You could be successful money wise, but in life it is about liking what you do.

Who is the most competitive of the three?

Josh Altman: We all have our different styles as far as competitiveness and aggressiveness. I think I take the cake in that one. Madison is most aggressive with his abs.

Josh Flagg: I think I am the most aggressive but I do it in a bit more lax way.

Madison Hildebrand: I was born competitive. I can’t help it, but I know when to compete, and when not to compete.

What is the most outrageous thing you have done to get the big sale?

Josh Flagg: Josh Altman has done the most outrageous things. The most outrageous I really can’t disclose. However I do remember flying to Tahiti to get a listing on an Island which I did actually get, incidentally, because the guy wanted me to meet with him. So, I met with him and photographed his property, and flew back the next day.

Josh Altman: I had a big client come in, I chartered a private jet and flew them into the Bay area.

Josh Flagg: He also charged his client for the fuel (jokingly).

In every reality series there is drama. In the promo there is a feud brewing between you and Madison. Who is the troublemaker and what is the fight about?

Madison Hildebrand: I don’t want to be in the center of the conflict. There is someone else that is very close to me that got in the mix, and obviously Josh is the new character, and he went in head first, and we had it out. Josh is a bad trouble maker.

Josh Altman: I am absolutely not a troublemaker. I am an aggressive salesman. I am business 24/7 and Madison has a beautiful assistant. Let’s just leave it at that.

Josh, tell us a bit about your second book?

Josh Flagg: My second book will be coming out in February. It is a story about my life and a how to guide to navigate this industry and be successful.

Josh Altman: Josh Flagg’s new book is coming out in 3 weeks (February), and it’s called “How to Succeed in Real Estate Without Selling Houses.”

Josh Flagg: Because I am rich.

Madison Hildebrand: I am just going listen to these two.

Are you involved in anything beyond real estate?

Madison Hildebrand: With the show other opportunities have come. I have done several public speaking engagements, and I have also written a book and I am always building. I have a new website called, AgentControl.com which is a tool for brokers. I am just constantly building and diversifying all these things.

Josh Altman: I pride myself as being a one-stop shop for all my buyers and sellers. Anything that you need in this town when it comes on to real estate, I am considered locked it on all of it.

Madison Hildebrand: And if you need a used car, consider that too.

Do you think you would make it in Miami?

Madison Hildebrand: I love Miami, I would do very well there. I speak Spanish, I love the weather, and I love the city. I would move there and consider real estate.

Josh Altman: Miami and California are pretty competitive as far as real estate and the high end market. The type of people we deal with, a lot of my clients have houses in Miami, so I think I would do just as well in Miami.