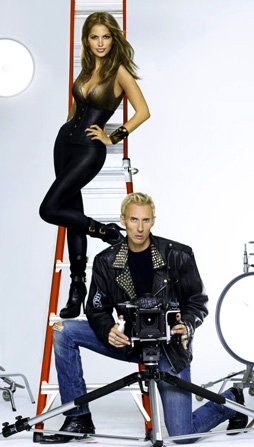 From album covers for David Bowie and Beyoncé, to prize-winning photographs of celebrities like Kate Winslet and Will Smith, Markus and Indrani have shot virtually every contemporary boldface name and countless other iconic images for fashion campaigns and magazines. Add in a dash of historic friction – the duo dated for eight years before deciding to part ways, and now must balance a working relationship with their past history, making for an interesting day in the office. For the former couple, working 18-hour days in high-stress environments, filled with deadlines, stretched budgets, expensive locations and demanding talent, it’s not unusual for sparks to fly both on camera and outside the frame. Viewers will get an inside look at what it takes to pull together high-glam shoots for icons such as Naomi Campbell, Lady Gaga and Lindsay Lohan – and see how it’s never a dull day in the life of this celebrity photography team. “Double Exposure” is produced by Juma Entertainment for Bravo. Bob Horowitz and Lewis Fenton serve as executive producers.