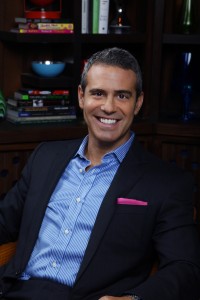 Andy Cohen, Bravo’s Executive Vice President of Original Programming and Development, will be the Grand Marshal of the 2011 Miami Beach Gay Pride Parade on Saturday, April 16.

Since Cohen took over the network’s current development and production slate of over two dozen shows, the network has become the home of gay viewers’ reality TV favorites, including hits such as  the Emmy and James Beard award-winning “Top Chef,” “Top Chef Masters,” “The Real Housewives” series, “Kathy Griffin My Life On the D List,” “The Millionaire Matchmaker,” “Million Dollar Listing,” “The Rachel Zoe Project,” “The Fashion Show: Ultimate Collection,” “Bethenny Ever After,” “Tabatha’s Salon Takeover” and “Flipping Out.”

In addition, Cohen is the host and Executive Producer of “Watch What Happens,” Bravo’s late night, interactive, weekly talk show that features guests from the world of entertainment, politics and pop culture. The series includes lively debates on everything from fashion, the latest Housewives drama, to what celebrity is making headlines that week.

Asked in a recent interview whether Bravo has become a “gay network,” Cohen stated, “I’m always saying we’re bi, but I think it’s kind of how I view myself being gay — it’s just one of things that I am,” he said. “So Bravo may or may not be gay, but I think there’s a lot of other things going on.  I think for the gay people on Bravo, it’s one of the things that they are — they’re not on Bravo because they’re gay. The people that are gay on Bravo, like Brad on Rachel Zoe or Jeff on ‘Flipping Out,’ they’re gay but they’re also great at what they do and that’s why they’re on Bravo, and that’s important.” 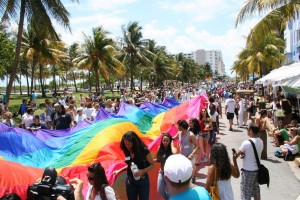 In February, Cohen teamed up with British rugby player Ben Cohen to film a video for the It Gets Better Project, offering a message about acceptance and celebrating differences.  He talks about his progression from being a scared teenage boy through his awakening in college and to success as an adult.

Cohen started at Bravo in 2005 as Senior Vice President of Original Programming & Development and since then he has overseen an aggressive slate of unscripted series and specials including past hits “Project Runway,” “Queer Eye,” “Work Out,” “Being Bobby Brown,” “Top Design,” “Make Me a Supermodel,” “Blow Out” and “The A List Awards”.

Cohen received an Emmy Award when season six of “Top Chef” won the Outstanding Reality Competition Program at the 2010 primetime awards  and  has been nominated for nine additional  Emmy Awards as Executive Producer of “Project Greenlight,” “Project Runway,” “Top Chef” and “Queer Eye.” In 2005, Cohen was awarded a Peabody Award for his role as Executive Producer of the TRIO documentary “The N Word” and another Peabody in 2008 as an Executive Producer of “Project Runway.” In 2010, TV Guide Magazine named Cohen one of the “25 Most Powerful People in Television” (along with Oprah Winfrey, Simon Cowell, Tina Fey, and Jon Stewart).

Born in St. Louis, Cohen is a graduate of Boston University where he received a B.A. degree in broadcast journalism.

Cohen will lead the Miami Beach Gay Pride Parade beginning at noon on Saturday, April 16th at 5th Street and Ocean Drive.  The parade continues along Ocean Drive, featuring festive floats and the inspiring LEGACY couples – couples who have been in committed relationships for 20 years or more.

Following the parade, the festivities continue at Lummus Park, between 10th Street and 14th Street, with exciting musical performances, a festival featuring LGBT-friendly vendors and businesses, refreshments and a family-friendly playzone.

For a complete schedule of Pride events and further information, please go to www.MiamiBeachGayPride.com