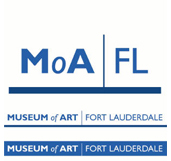 The Museum of Art | Fort Lauderdale, Nova Southeastern University (NSU) is pleased to announce that Books & Books, one of the nation’s most well-respected bookstores, has entered into an agreement with Nova Southeastern University to bring noted authors, books and programming to the Museum.  With the addition of a café with sandwiches and salads prepared by Chef Allen Susser, the Museum will become an even more popular destination in downtown Fort Lauderdale.

“This new relationship broadens our reach into the community,” said Museum Executive Director Irvin Lippman. “This year we celebrate the 25th anniversary of our building and the completion of a major renovation of our new, urban outdoor plaza with café seating. This will transform the plaza into a lively and visually stimulating new venue.”

“We are proud to bring Books & Books to the Museum where the community as well as our students, alumni, faculty and staff will be able to meet authors, hear writers and view art, all in one place,” said George L. Hanbury, Ph.D., President of NSU.