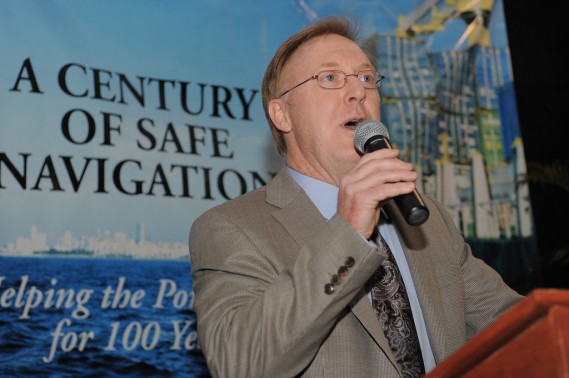 The Biscayne Bay Pilots Association (BBPA), comprised of harbor pilots serving the Port of Miami’s maritime traffic needs and a member of the Florida Harbor Pilots Association, recently hosted a centennial celebration dinner at the Port of Miami.  This year marks 100 years of collaboration with the City of Miami and Miami-Dade County in the growth of the local maritime industry. The reception was emceed by Chairman Captain John Jacobsen who accepted proclamations presented by Miami-Dade County Commissioner Rebeca Sosa’s office and City of Miami Mayor Tomas Regalado.

“There have been forty-four state-licensed harbor pilots who have served within the Biscayne Bay Pilots Association during the past century,” said Captain John Jacobsen, chairman of the Biscayne Bay Pilots Association. “Each and every one has played a significant role in the development of Biscayne Bay as a major seaport.  We are honored to be celebrating our collaboration with the Port of Miami and our contribution to the safety, environmental integrity, and economic growth of this beautiful port city.” 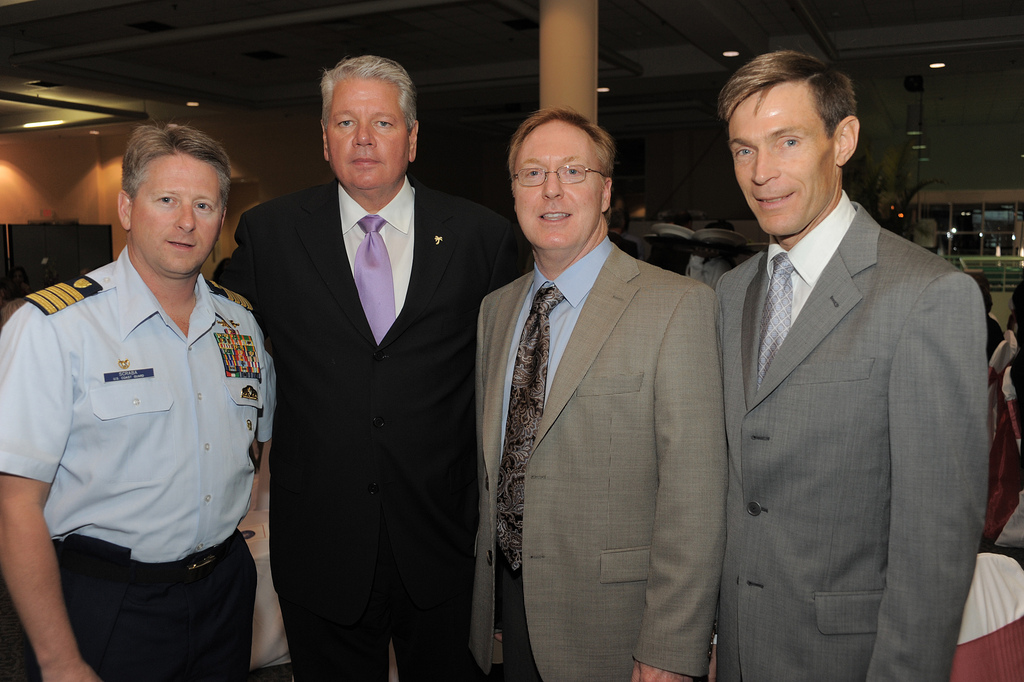 The evening began with a cocktail hour where guests enjoyed music and a museum-quality exhibit of photos showcasing the evolution of the pilots’ operation and the progress of the port during the last 100 years. Following the reception, guests were treated to a delicious three course dinner and music by Taste of Miami, one of the most dynamic and versatile island theme trios in South Florida. Guests also had the opportunity to purchase a history book published by the BBPA and authored by Captain Andrew D. Melick, chronicling their role in the events that led to the establishment of Miami as a port town at the turn of the 20th century and the growth of the city and its seaport ever since. The book is edited by Miami historian Dr. Paul George. All proceeds from the book sales will benefit the BBPA’s Andres Cancela Scholarship Fund, which has been dedicated to the first Cuban-American harbor pilot and hopes to aid minorities interested in attending a maritime college.

There are currently 16 pilots serving within the association, all of whom graduated from federal or state maritime academies and sailed on oceangoing vessels for many years, typically a decade or more, before training to become harbor pilots. Most of them hold unlimited master’s licenses in the merchant marine.  Harbor pilots in Miami have safely handled the navigation of hundreds of thousands of ships during the last century; they currently pilot approximately 7,000 ships sailing in and out of Biscayne Bay annually. Miami pilots stand 12-hour watches on a rotating schedule and are open for business 24 hours a day, 7 days a week, 365 days a year.