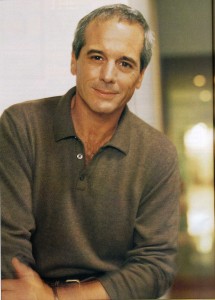 The Adrienne Arsht Center for the Performing Arts of Miami-Dade County proudly announces the special engagement of BABALU, a loving tribute and phenomenal stage show celebrating the extraordinary musical legacy of Desi Arnaz.  Created, directed, and hosted by Lucie Arnaz, BABALU’s engagement at the Adrienne Arsht Center multiple Tony Award-nominee and Miami native Raúl Esparza, Broadway’s Tony-nominated diva of dance Valarie Pettiford and in a rare, special guest appearance, Desi Arnaz, Jr. playing percussion on his father’s classic hits!  With a live 15-piece orchestra playing from the original Desi Arnaz Orchestra charts, BABALU brings the rhythm of the tropics and the glamour of the Tropicana nightclub to the Adrienne Arsht Center July 8-11, 2010 in the John S. and James L. Knight Concert Hall. Tickets range from $35 to $70 and will be available beginning on May 14 to premiere seat holders and members.  Tickets go on sale to the general public on May 21, and may be purchased through the Adrienne Arsht Center box office by calling (305) 949-6722, or online at www.arshtcenter.org. 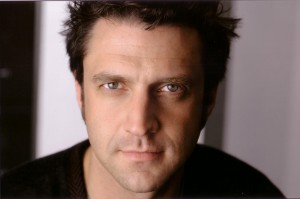 “BABALU is the perfect show for Miami,” said M. John Richard, president and CEO of the Adrienne Arsht Center. “This performance celebrates one of America’s most beloved entertainment pioneers with the music that made Desi Arnaz a timeless Cuban-American hero.  To have his children, Lucie and Desi Jr., starring in this show alongside Miami native Raúl Esparza, ranks this engagement in the Adrienne Arsht Center hall of fame!” 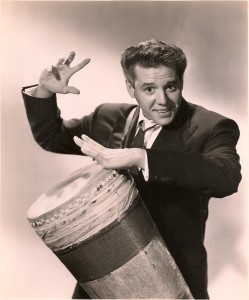 More than 50 years ago, Cuban-born actor, musician, and producer Desi Arnaz became a household name, stealing our hearts as conga player and bandleader Ricky Ricardo in one of the most successful television show of all time, “I Love Lucy.”  From his family’s humble roots as exiles in Miami, Desi Arnaz built a groundbreaking entertainment empire, revolutionizing the sitcom genre, and introducing the concept of intelligent, charming, hard-working and successful Latinos to audiences everywhere.  With his endearing humor, debonair style, and powerful voice, Desi Arnaz infused each song with unique panáche – and none more so than his signature conga, “Babalu.” 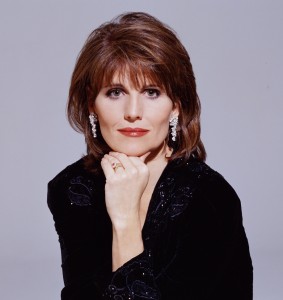 Lucie Arnaz, Emmy Award-winning actress, Broadway star, recording artist, and famed nightclub performer created, directed, and stars in BABALU.  At age 15 she co-starred opposite her mother, Lucille Ball, for six seasons on TV’s Here’s Lucy and went on to create a 45-year career in television, on film, in concerts, and on Broadway.  Her famed career includes starring roles in some of  Broadway’s biggest hits including They’re Playing Our Song, The Jazz Singer, and Lost in Yonkers.  Arnaz appeared to great acclaim in The Witches of Eastwick on London’s West End, and in concerts at The White House, in Las Vegas, and at the famed Birdland jazz club and Feinstein’s at The Regency in New York.  Arnaz and her husband/actor Laurence Luckinbill teamed up to form ArLuck Entertainment, a film and television production company, and together produced the Emmy Award-winning documentary “Lucy & Desi: A Home Movie,” which has aired on NBC, A&E, and Nickelodeon.  In 2001, Arnaz partnered with her brother, Desi Jr., to produce the “I Love Lucy 50th Anniversary Special,” which also received an Emmy nod.  BABALU, Lucie Arnaz’s loving tribute to her famous father, inspired her newest CD, LATIN ROOTS, which she produced with musical director Ron Abel and released in February 2010 on LML Music.

Since making his Broadway debut in The Rocky Horror Show in 2000, Miami native Raúl Esparza has taken the theater world by storm.  Esparza has garnered Tony nominations in all possible acting categories, and has earned multiple awards including the Drama Desk Award, Obie Award, and Outer Critics Circle Award.  His Broadway credits include major hits such as Speed the Plow, Cabaret, and Taboo.  Esparza portrayed Che in the 20th Anniversary national tour of Evita, and appeared in two musicals at the 2002 Kennedy Center Sondheim Celebration.  He has appeared on TV in NBC’s “Law and Order,” ABC’s “Pushing Daisies,” and has a featured role in the new Wes Craven film, “My Soul To Take,” which opens later this year.

By the age of 13, Desi Arnaz, Jr. was producing hits as a member of the rock trio Dino, Desi & Billy, and soon after became a major television star, appearing with his mother and sister in “Here’s Lucy.”  He is a Golden Globe winner and appeared to great critical acclaim in the movie “The Mambo Kings,” in which he played his father alongside Armand Assante and Antonio Banderas.  Arnaz has appeared in more than 20 TV movies, and performed on Broadway opposite such luminaries as Liza Minnelli and Linda Purl. Together with his wife Amy, Arnaz runs the Boulder Theatre and Boulder City Ballet Company in Boulder City, NV.

Valarie Pettiford has illuminated stage, screen and television as one of the finest singer/actress/dancers today.  Pettiford was a regular dancer with Bob Fosse and a principal dancer in his first national tour of Dancin’.  Her role in the original Broadway production of Fosse garnered Pettiford a Tony and Outer Critic’s Circle nomination.  Other Broadway credits include featured roles in Sophisticated Ladies and Grind.   Pettiford made her West End debut as Vilma Kelly opposite Chita Rivera in Chicago, and has also appeared in numerous films including Stomp The Yard, The Cotton Club, and The Wiz.  A multitude of television guest star credits include four seasons on UPN’s Half and Half, a featured role on One Life To Live and The West Wing, which won her a N.A.A.C.P. Image Award nomination. Her debut CD, Hear My Soul, has been credited for a series of sold out, live concerts in Los Angeles and New York.