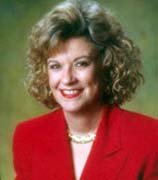 The 26th annual Miami Book Fair International is well underway; and has commenced this Sunday, November 8 with the Evenings With… program. For the first six nights of the book fair notable authors (bestsellers and award winners) from the U.S. and abroad will read and discuss their work.  The festival ends with its beloved street fair this weekend, November 13-15.

Also at this time over 350 authors from all over the world will take part in the Festival of Authors. There are literary themed activities for the little ones in Children’s Alley, an IberioAmerican writers program, and publishers, booksellers and antiquarians (oh my!) exhibiting their wares for book worms and literary enthusiasts of all kinds. For a schedule of events, the fairgoers guide and a list of confirmed authors please go to www.miamibookfair.com for more information.

According to the Miami Book Fair International website: “The first book fair ever held in Miami was called Books by the Bay, in 1984. The two-day street fair grew steadily each year and by the 1990s, the renamed Miami Book Fair International had become the largest literary festival in the country. The eight-day book party draws hundreds of thousands of book lovers to downtown Miami each November for a festival of all things read and written.”

Premier Guide Miami’s Jennifer Hebert caught up with Arva Moore Parks, lifelong resident and Miami historian, who will be discussing her book, Miami, the Magic City this Saturday, November 14, at 3pm in room 7128. Moore Parks has authored, co-authored, edited and contributed to over 30 books, films and documentaries on Miami. She received an Emmy Award from the Florida Academy of Television and Arts and Sciences, is an ardent Miami preservationist and a self proclaimed “card-carrying book freak”. She has eagerly attended every year of the book fair. Below she talks more about her book and life’s work, her love of Miami and her pride to be a part of the Book Fair:

PGM:  You’re newest book, Miami, the Magic City, came out this year. What sets this book apart from your other work and from other books about Miami? What do you hope to show your readers with this new book?

AMP: This is the third revision of a book I wrote in 1980.  This time, I completely re-worked the entire book making many changes—adding, subtracting and re-interpreting as necessary.  This is a comprehensive history of Miami from its geological beginning until 2009.  I don’t believe there is anything else like it.  I hope the readers will understand today by understanding our past and how it impacts today’s life.  Since we all came from someplace else many people leave their sense of history “back home” even if Miami has been home for most of their life.  My mission is to help build a sense of place—something that I believe is impossible to do without a sense of history.

PGM: As a lifelong resident of Miami what are you most passionate about when it comes to this city? How is that reflected in your life’s work? Did you ever want to live anywhere else?

AMP: Since I have no place else to call home it has always been easy for me to feel at home in Miami.  I have watched it change maybe three or four times in my lifetime.  I think we have thrived on this change and by this constant arrival of people.  I know Miami and its people very well.  I learn something new every day.  That is what makes me love Miami.  When I was just out of college I lived for three years in Washington, D.C.  For a very brief moment I did not want to return to Miami.  Fortunately, I did and found my life’s work trying to understand this crazy place and help others understand it as well.

PGM: How long have you experienced the Miami International book fair? How have you seen it grow and what can you say that it’s brought to Miami’s culture?

AMP:  I was a brand new member of the Miami Dade Community College Board of Trustees when the first Book Fair began.  As a card-carrying book freak, with a huge personal library and bookaholic personality, I have attended all the Book Fairs usually coming home with new ideas and a bag full of new books.  I think it has proved that we have more thinking people than anyone imagined.  It makes me proud.

PGM: Can you comment on the cultural climate of Miami? How have you seen it grow in the last five or ten years?

AMP: I don’t like to hear people say that we never had any cultural climate until recently because we have.  The old White Temple Methodist Church, now demolished, used to have a cultural series in the early 20th Century.  Rockmanioff was one of their guest artists.  In the 1950s, Dade County opened the Dade County and the Miami Beach Auditoriums.  I saw my first opera and Broadway play at those venues.  I went to a tent theater on the 79th Street Causeway, ballet at the Edison High School Auditorium, and attended the Ring Theater at UM as well as children’s theaters.  The auditoriums were the performing arts venues of their time and we were very excited to get them because prior to their opening, Edison and Miami High had the largest auditoriums in town.  I also went to the Lowe many years ago. We do have more culture today as we have grown as a city.  So today, when I go to events at the new Performing Arts Center (I love the new facility) I am very happy, but I do remember also being very happy when the Dade County Auditorium was brand new and we had the same feeling about that.

AMP: I worry especially about Coconut Grove, Miami’s oldest and in many ways most unique area.  It is being threatened by McMansions and overdevelopment.  I also worry about Little Havana where the bungalows are going down without a whimper.  I think the Cuban culture may lose its “Plymouth Rock”. It will be a very sorry day when it is gone, replaced by fast food restaurants and chain drug stores that have nothing to do with their stories, even if they have a little tile and wrought iron. The most immediate threatened treasure is the Marine Stadium.  We have come a long way, however, since I first got involved in preservation in the 1970s.  Someone actually told me they would help preserve buildings if we had anything worth preserving.  You can imagine my reaction to that comment!

PGM: Do you have a fun or little known fact about Miami for us?

AMP: I love to have people say to me “Gee whiz, I didn’t know that.”  Most of Miami history is unknown to most Miamians, so it’s hard for me to come up with one thing.  One thought comes to mind—the Everglades started just north of the Miami River and west of 27th Avenue.  Today, more than a million people live on former wet land.

*Another fun fact for our PGM readers about Miami: Miami got its nickname the Magic City, in the early 1900’s because Miami became a city almost overnight without ever being a town.