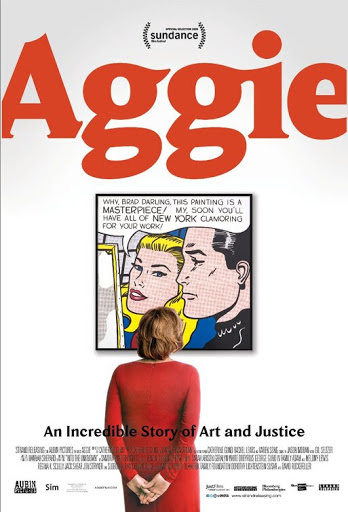 Art Films presents the best of films by and about artists, followed by a post-film discussion. This edition will feature a FREEonline screening of AGGIE on Wednesday, November 18th @ 7:00pm, followed by a post-film discussion with director Catherine Gund & Oolite Arts President/CEO Dennis Scholl.
Aggie is a feature-length documentary that explores the nexus of art, race, and justice through the story of art collector and philanthropist Agnes “Aggie” Gund’s life. Emmy-nominated director Catherine Gund focuses on her mother’s journey to give viewers an understanding of the power of art to transform consciousness and inspire social change. Aggie is internationally recognized for her robust and prescient support of artists– particularly women and people of color–and her unwavering commitment to social justice issues.
The film captures Aggie as a true maverick who demonstrates the unique role and potential of collectors and benefactors to use art to fight justice. This is untapped terrain, and we see Aggie leading the way.