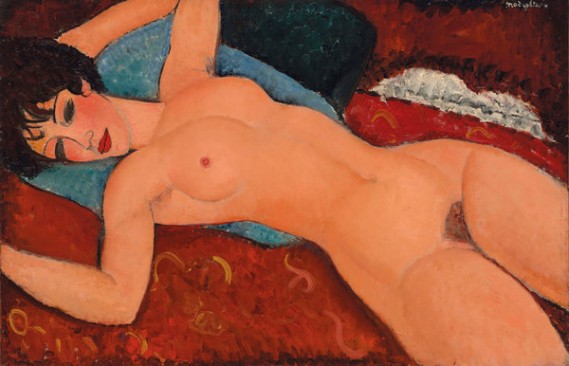 Art Price Inflation Part Two:  “How Much is That Nude in the Window?”
“What to Do With 170,000,000 Amex Points?”
By: Christopher Ormsby and Daedrian McNaughton
Premier Guide Miami

PGM is not The WSJ.  Still, in true Art Deco fashion, we each have three character acronyms.  The similarity might have ended there, but our newly created Economics Department’s intern wanted to follow up on our Art Basel and art price inflation post so we allowed it.

As we posted in Art Basel in Miami Beach 2015: Eli Broad And Art Prices, anyone who follows the art market needs to keenly watch what the, “big fish in the pond,” are doing.  This week in New York, Amedeo Modigliani’s, Nu Couche (Reclining Nude), sold for a record $170 million.   The buyer was a Chinese museum founded by Liu Yiqian–a Chinese businessman who often puts large art purchases on his American Express Card.  To be clear, Liu was a taxi driver before he struck it rich.   Good for him, but that’s another story.

At face value, this purchase would seem to validate the strength of the art market.   Something else happened recently though.  Over ten billion dollars of artwork is scheduled for sale this month at various auctions in New York.  An early auction of major works by a well-respected collector at Sotheby’s barely cleared the auction house’s estimates–hardly the sign of strength.

Traders call events like this, “divergences.”    One segment of a market moves sharply in one direction, while another segment moves in the opposite direction.   It’s a sign of possible change in the air.   A market can’t move in two directions simultaneously; something has to give eventually.

Again, we say to watch what the likes of Eli Broad and other major purchasers do at Art Basel this year.  Surely, they will be active, but it’s a question of how aggressive they are.