Carol City High narrowly edged Miami Jackson High, 28-21, in a thrilling matchup that featured two of Dade County’s premier teams to win the 6th annual Miami Dolphins Academy 7-on-7 High School Football Tournament Presented by Under Armour and the National Guard at Sun Life Stadium. The Chiefs came up with a crucial 4th down stop with 47 seconds remaining to win the title and will now represent South Florida and the Miami Dolphins in the 2013 HSPD National Championship in Cleveland, Ohio on July 11-14. 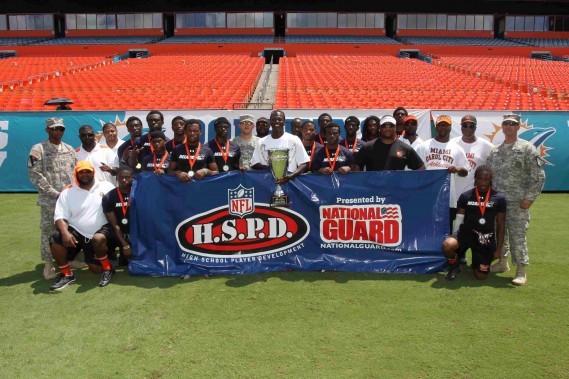 “You talk about a fourth  down play, just seconds on the clock and a chance to go to Cleveland. You probably had three or four guys giving a great effort trying to knock the ball down,” first-year Carol City head coach Aubrey Hill said. “Great effort is going to give you a chance to win games, and that was an example on that play.”

Carol City came out on top from a field of over 50 schools from the tri-county area that participated in the three-day event. Carol City advanced to the championship game after defeating Boyd Anderson in the quarterfinals and Miramar in the semifinals.

“It feels good representing South Florida and putting our school on the map,” Carol City quarterback Trayon Gray said. “We came out on top, and it feels real good.” 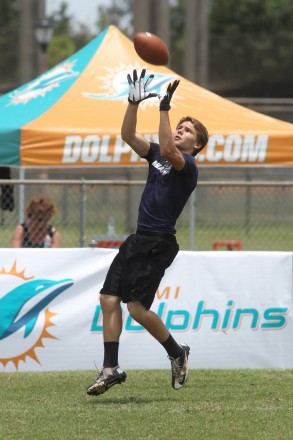 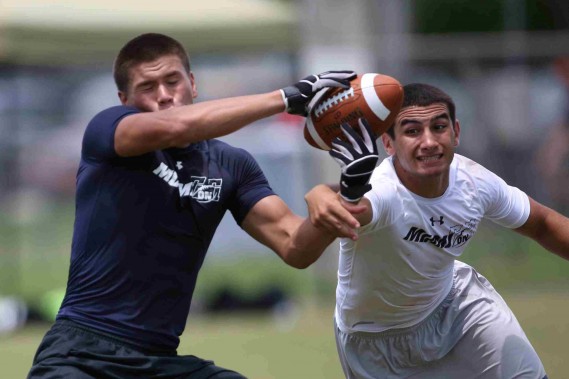 The tournament got underway on Saturday with Round Robin games and the first rounds of the playoffs. The final eight teams competed on Sunday, ultimately ending with Carol City’s victory.

“Overall, it was a successful weekend. I felt the kids learned a lot from our guest speakers about life skills and lessons that will benefit their future,” Russell said. “The weekend ended on a great note with an excellent game. I am happy for Carol City, and I look forward to them representing us and South Florida in the National Championship in Cleveland.” 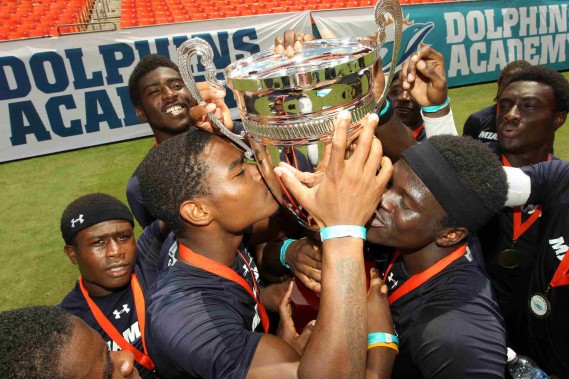 The Dolphins and South Florida have had great success in past National Championships. Most recently, Booker T. Washington won the 2012 National Tournament to become the fourth team to represent the Dolphins and win the tournament.