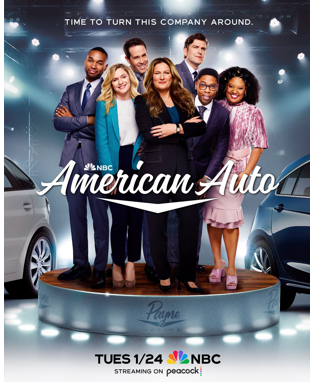 The dynamic workplace comedy “American Auto” is back for a second season and ready to take the wheels off the automobile industry. We return to Payne Motors as the executive team finds themselves embroiled in a recall scandal and Katherine is fighting to keep her job as CEO. With stock issues, comeback attempts, and the entire team juggling complicated personal lives, the Payne Motors staff are in for a bumpy ride.

Catch up on Season 1, available to stream now on Peacock.